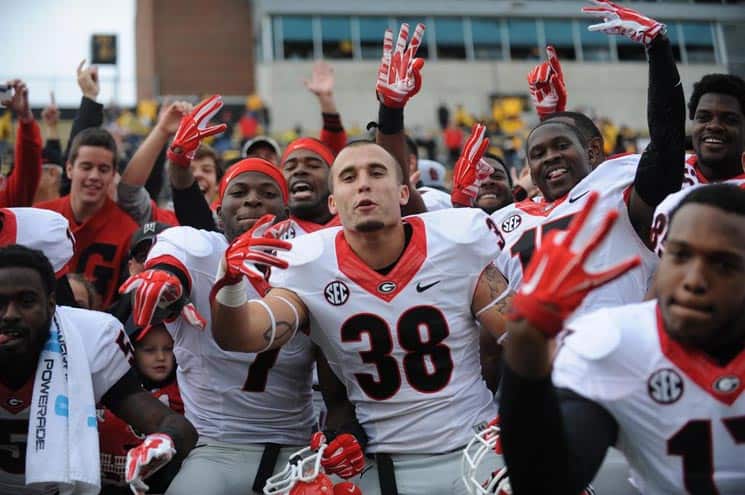 UGA football players showed their support for suspended tailback Todd Gurley during and after the 34-0 win over Missouri by holding up three fingers.

Gurley, who wears the No. 3 jersey, was suspended indefinitely on Thursday for allegedly selling his autograph and ESPN later named the memorabilia dealer as Bryan Allen.

For the Missouri game, Todd Gurley was supposed to be one of the four captains. Instead, the Bulldogs only went with three and didn’t replace him.

After the dominating team victory, the players showed their support through several pictures that were posted via social media. Check them out below:

Damian Swann held up three fingers for Todd Gurley after this interception. pic.twitter.com/RTyWCX5iR2

This game reminds me of the season opening shutout of Clemson some years back. (more threes in the celebration pile.) pic.twitter.com/MriB7TpJHh

This was some Grown Man Football from the Dawgs! A bunch of the guys held up 3 fingers after the game! #UGA #1Family pic.twitter.com/q6PVLGeHZ0

#UGA only used 3 team captains instead of their normal four. Gurley was the 4th. Was not replaced, but remembered. pic.twitter.com/4p5DKPwmdT 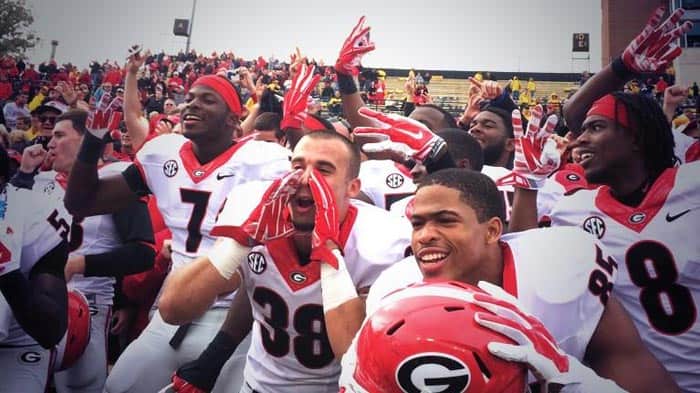 The #UGA crowd had a message for the NCAA (and for Nick Chubb). pic.twitter.com/yyscKVcYCU