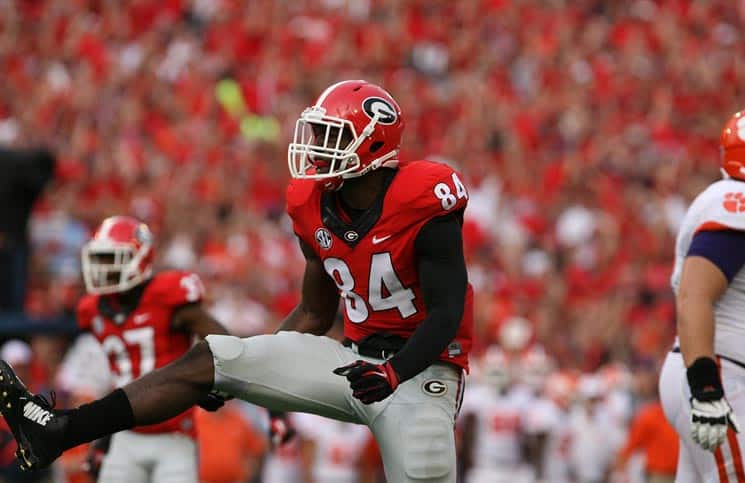 ATHENS, Ga. – The No. 10-ranked Georgia football team returned to the Woodruff Practice Fields on Monday with a 90-minute workout in shorts and shoulder pads.

The Bulldogs (5-1, 3-1 SEC) will continue conference play this week as they travel to Little Rock to face Arkansas (3-3, 0-3 SEC). The game will kick off at 4 p.m. and will be televised by the SEC Network.

“Today was a good start to the week,” Georgia coach Mark Richt said. “The scouts gave us a great look on offense, defense and special teams. I thought we showed great energy and tempo again tonight as we started to feed them the game plan. It’s important that we keep studying and keep getting better as we go through the rest of the week.”

Richt said the captains for Saturday’s game will be quarterback Hutson Mason on offense, lineman Mike Thornton and linebacker Leonard Floyd on defense, and receiver Michael Bennett on special teams.

Tailback Todd Gurley, who has been indefinitely suspended from competition by the UGA Athletic Association during an ongoing investigation into an alleged violation of NCAA rules, practiced on Monday.

Georgia will be making its first-ever trip to Little Rock to face Arkansas, while the Razorbacks are looking to snap a 15-game SEC losing streak. In league action this year, Arkansas dropped a 45-21 decision at sixth-ranked Auburn and then lost a couple thrillers in Fayetteville, falling 35-28 in overtime to sixth-ranked Texas A&M and 14-13 to seventh-ranked Alabama.

Georgia leads the all-time series with Arkansas 9-4. The first four matchups came in bowl games until the Razorbacks joined the SEC in 1992. Since then, the Bulldogs are 7-2 in the series.