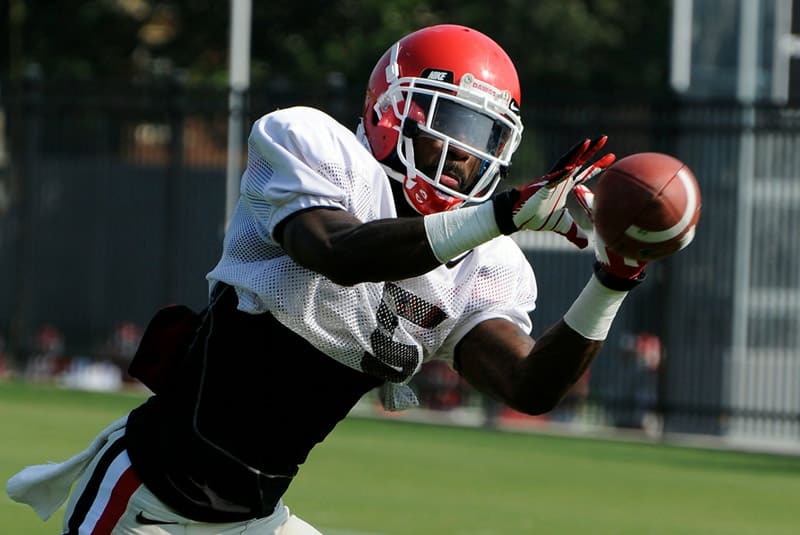 ATHENS, Ga. – The No. 12 Bulldogs practiced for nearly two hours under clear skies at the Woodruff Practice Fields on Wednesday morning.

Georgia football will return for an evening session on Wednesday, marking the first of four preseason two-a-days. Wednesday’s morning session was the sixth practice for the Bulldogs.

“We are moving in a good direction and people are learning their roles,” head coach Mark Richt said. “Everybody is getting reps right now. The young guys are getting the opportunity to show what they can do. We are not perfect by any means and there are corrections to be made. But the guys are working hard.”

Georgia is slated to have its first scrimmage Saturday afternoon. This will give senior Hutson Mason another chance to prepare for the upcoming season as the team’s starting quarterback.

“Hutson is doing very well and he understands the system very well,” Richt said. “Our guys are all at different levels of learning and I would say he is in the perfection stage right now.”

One of Mason’s targets is expected to be sophomore Brendan Langley, who played cornerback for the Bulldogs as a true freshman in 2013. Langley started four games last year and finished with 12 tackles.

“I talked to Brendan today and just told him to be patient,” Richt said. “A player can’t all of the sudden pop in and play that role. He has to be willing to put in his time.”

The Bulldogs open their 2014 schedule Aug. 30 when they play host to 16th-ranked Clemson at 5:30 p.m. The contest will be televised by ESPN.