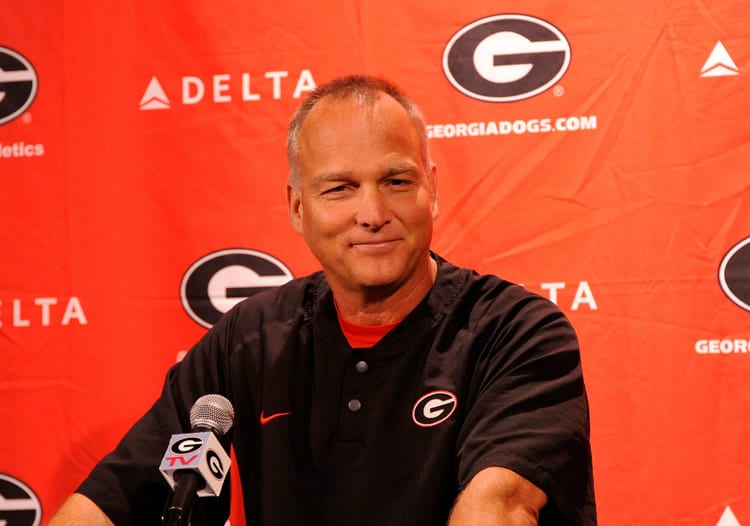 Head coach Mark Richt met with the media today in his first weekly press conference, and he revealed several tidbits on who will play this weekend vs. Clemson.

Todd Gurley is, of course, the starter at tailback, and he will be backed up by Keith Marshall. Brendan Douglas will play, as will true freshmen Nick Chubb and Sony Michel, according to Richt.

“Looks like (Dominick) Sanders will play. Those two tailbacks will play (Chubb and Michel). Who else we got here? (Jeb) Blazevich will play. I don’t know about the offensive linemen, (Isaiah) Wynn and (Dyshon) Sims, but they’re in the two-deep and it’s possible that they could play. McKenzie. Isaiah will get in the game and play.”

Richt didn’t state whether or not Chubb and Michel will get a bunch of carries on offense. With Gurley, Marshall and Douglas in front, it’s likely they could see most of their time on special teams.

Freshman Isaiah McKenzie will return kickoffs along with Sony Michel. According to several reports, McKenzie has been “electrifying” on special teams. Hopefully that will transfer over to the games.

As far as who isn’t playing against Clemson on Saturday, three names are prominent — Receivers Malcolm Mitchell and Justin Scott-Wesley and outside linebacker Davin Bellamy.

Mitchell continues to nurse his right knee, which he injured at practice in late July. According to the AJC, Mitchell was in class on Monday with his knee elevated in a metal brace.

Justin Scott-Wesley will serve a one-game suspension for a marijuana arrest last year. He is not 100% and may not have played anyway.

Davin Bellamy will not play until Sept. 20 vs. Troy. He is serving a two-game suspension for his DUI arrest in July.