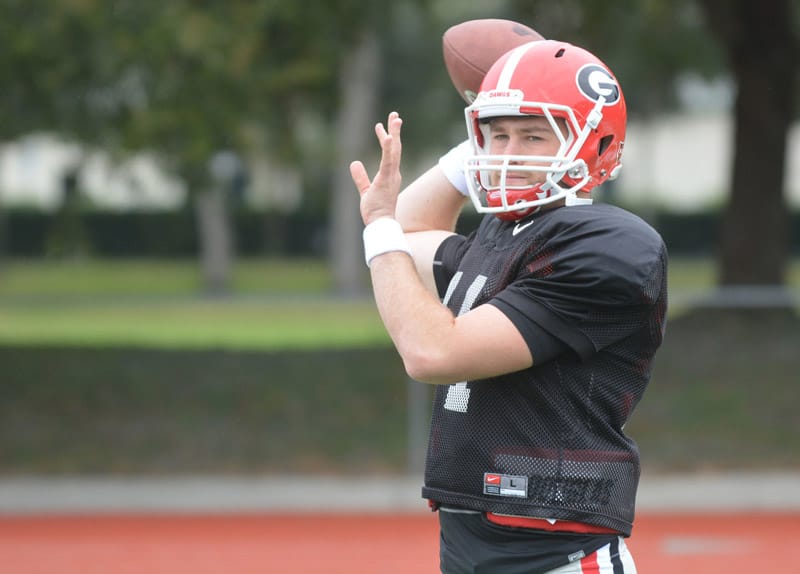 In five games played in 2013, Mason completed 67-of-110 passes (60.9%) for 968 yards, five touchdowns and three interceptions. Some of that was mop-up duty against North Texas and Appalachian State.

This year’s list, which was compiled by a subset of the Davey O’Brien National Selection Committee, was selected based on player performance during the previous year and expectations heading into the 2014 college football season. All nominees were required to have started at least one college game previously.

Nearly half (19 of 39) of the players on the watch list are seniors. Thirteen juniors and seven sophomores round out the contingent. Among conferences, the Pac-12 leads the way with eight signal callers on the list. The Big Ten, Big 12 and SEC are all represented by five players.

Appearing on the Watch List is not a requirement for a player to win the Davey O’Brien Award. Quarterbacks from all 125 NCAA Division I Football Bowl Subdivision (FBS) schools are eligible for the award until the field is narrowed to 16 semifinalists on Monday, Nov. 3. The Foundation and the Selection Committee will announce three finalists on Monday, Nov. 24. The 2014 Davey O’Brien winner will be announced on The Home Depot College Football Awards on Thursday, Dec. 11.