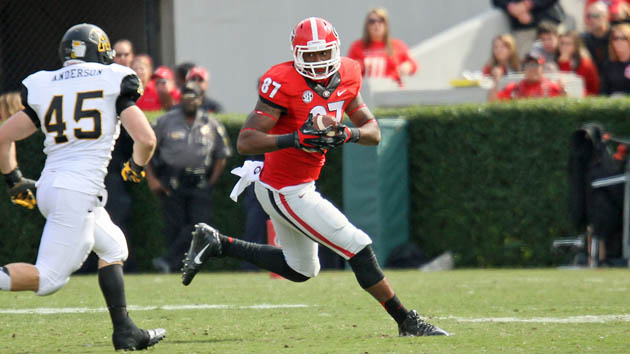 Senior center David Andrews has been named to the Rimington Trophy Watch List and junior tight end Jay Rome has been included on the John Mackey Award Watch List.

Andrews, a native of Johns Creek, Ga., started all 13 games in 2013 and was a 14-game starter at center for the Bulldogs two years ago. He anchored an offensive line that allowed Georgia to average 484.2 yards per game and 36.7 points a game last season. Andrews also protected quarterback Aaron Murray on his way to four SEC career records.

Rome, a native of Valdosta, Ga., recorded nine catches for 99 yards in eight games last season. Rome missed the final four games of the 2013 season after snagging 11 catches for 152 yards and two touchdowns in 2012, including a 19-yard scoring catch versus Alabama in the SEC Championship Game.