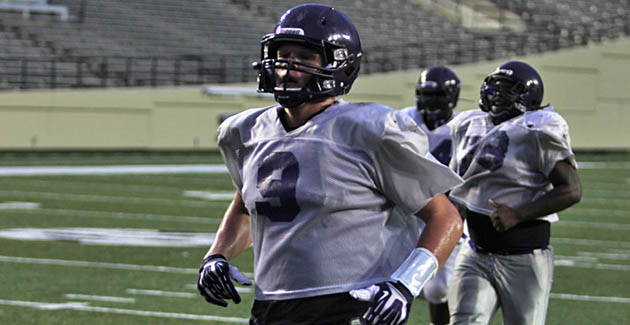 It’s been a busy week for the Georgia Bulldogs on the recruiting trail. On Wednesday, the Dawgs picked up commitments from 3-star cornerback Deandre Baker and 4-star linebacker Gary McCrae.

Yesterday evening at a ceremony at his high school, tight end Jackson Harris announced he was committing to the Georgia Bulldogs.

“I’m excited to announce my commitment to the University of Georgia,” Harris said on ESPN Recruiting Nation.

The Bulldogs now have 12 commitments for the 2015 class.