Where will Aaron Murray go in the 2014 NFL Draft?

Where will Aaron Murray go in the 2014 NFL Draft? 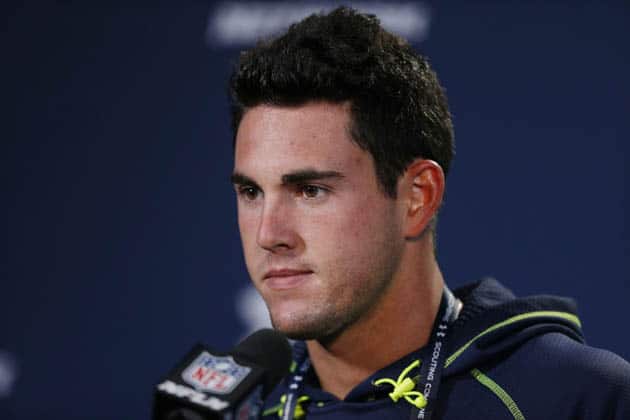 The 2014 NFL Draft begins tonight at 8pm ET on ESPN and NFL Network. Quarterback Aaron Murray and tight end Arthur Lynch are the top two candidates from UGA to be drafted.

Aaron Murray is being projected as a mid-round pick, but NFL Media senior analyst Gil Brandt said he could move into the second round if there is a run on quarterbacks early.

Brandt also said that Murray could end up being one of the biggest steals in the 2014 NFL Draft.

Arthur Lynch is listed by NFL.com as the sixth-best tight end and is projected to go in the fourth-round.

Barring any surprises, this will be the first time since 2008 that the Georgia Bulldogs haven’t had any players selected in the first three rounds of the NFL Draft.

Where do you think Aaron Murray will go in the draft? Where do you hope he goes? What about the other Bulldogs? Let us know in the comments below.