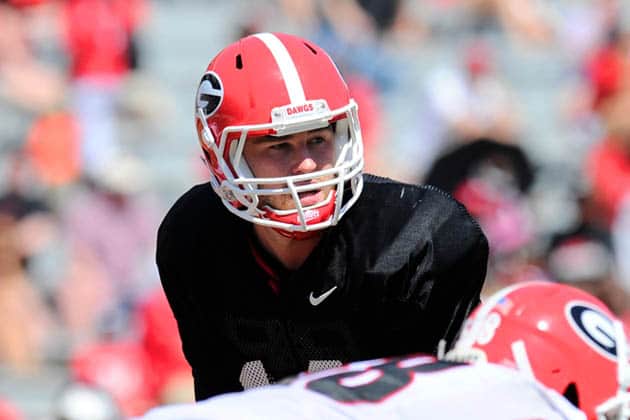 Sporting News has released their 2014 Preseason Top 25 and the Georgia Bulldogs are ranked 15th.

Here’s what the Sporting News has to say about the 2014 Bulldogs:

For the first time in three years, Georgia enters a season with some legitimate questions at quarterback. Hudson (sic) Mason was serviceable in the three games he played for injured Aaron Murray last year. Serviceable isn’t winning the SEC East Division. The Dawgs are strong on both sides of the ball, but never underestimate the value of an experienced quarterback who protects the ball.

What do you think about Georgia being ranked 15th? That’s eight spots lower than UGA was ranked in the ESPN Way-Too-Early Preseason Top 25.