Georgia not in Big 12/SEC Challenge for 2nd consecutive season

Georgia not in Big 12/SEC Challenge for 2nd consecutive season 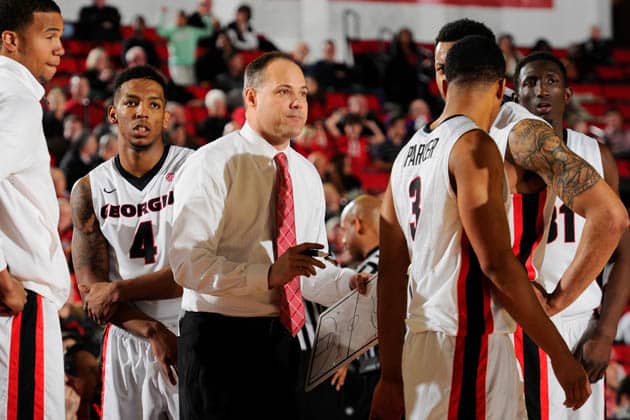 The 2014 Big 12/SEC Challenge matchups were announced today. Georgia will not be playing in the challenge along with Alabama, Mississippi State, and Texas A&M.

Georgia also did not play in the challenge in its inaugural season in 2013 and will be the only conference member that has not participated.

We have reached out to UGA for a response on why they Bulldogs were omitted.

The Bulldogs will, however, play a team from the Big 12 when they travel to face Kansas State on Dec. 31, 2014. The game is part of a home-and-home series that will see the Wildcats visit Stegeman Coliseum on Dec. 22, 2015.

Georgia also has seven other non-conference games slated for the 2014-15 season. Two of those games will come in the 2014 NIT Season Tip-Off, and if Georgia wins those they would advance to play two more games in New York. UGA is one of four host schools for the tournament, along with Gonzaga, Minnesota, and St. John’s.

Twelve “visiting teams” will compete in the NIT Season Tip-Off, and the only one currently known is Western Kentucky.

Georgia will host Seton Hall on Dec. 21, Mercer on Dec. 27, and Colorado on a date to be announced. The Bulldogs have road trips scheduled at Georgia Tech and UT Chattanooga.

The Hoop Dawgs are tentatively set to open the season at home on Friday, Nov. 14 against an opponent to be announced.