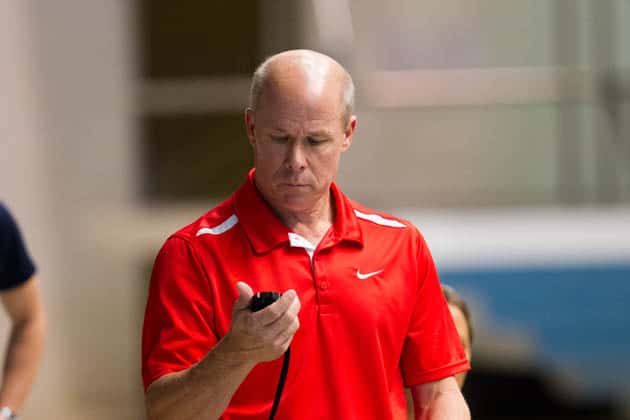 ATHENS, Ga. – The University of Georgia received on Wednesday, April 2, a Notice of Allegations from the NCAA regarding its men’s swimming and diving program.

“While I am disappointed about the Notice of Allegations, I am proud of the Athletic Department’s response to this matter,” UGA President Jere W. Morehead said. “The University of Georgia takes its compliance obligations seriously. We have cooperated fully with the NCAA throughout the investigation, and we will continue to do so in order to bring the matter to an appropriate conclusion.”

“Allegations of this nature are extremely disappointing and we will continue to fully cooperate with the NCAA staff on this matter,” J. Reid Parker Director of Athletics Greg McGarity said. “Until this matter has concluded, head swimming and diving coach Jack Bauerle will be suspended from all job-related responsibilities effective immediately.”

A copy of the Notice of Allegations (with redactions to protect information required to be withheld pursuant to the federal Family Educational Rights and Privacy Act) and copies of the transmittal letters from the NCAA are being released along with this statement.

As this is an ongoing matter, there will be no further public comment by University representatives until this process is complete.

I regret that I have placed the University of Georgia, an institution I dearly love and have given my heart and soul to for 44 years, in this situation. While I do not agree with the charges in the way the NCAA has framed them, I made a mistake.

I want to emphasize unequivocally that the student-athlete involved in this matter did nothing wrong. Not one thing. I take full responsibility for my actions.

The academic achievements of the student-athletes in our program over the past 35 years are second to none. My record on academics speaks for itself. Our program has developed 28 NCAA Postgraduate Scholarship winners, seven SEC Scholar-Athlete Award winners, three NCAA Woman of the Year winners, and nine Foundation Fellows.

It saddens me that our coaches, student-athletes and support staff — through no fault of their own — were drawn into this matter. I am proud that our student-athletes and our staff did not allow it to distract them during the season and that we were able to work together to reach our lofty goals. I appreciate their commitment to maintaining the high standards we have established throughout the years.

This is an ongoing process, and I will not have any other comments on this matter publicly or privately until the process has been completed.