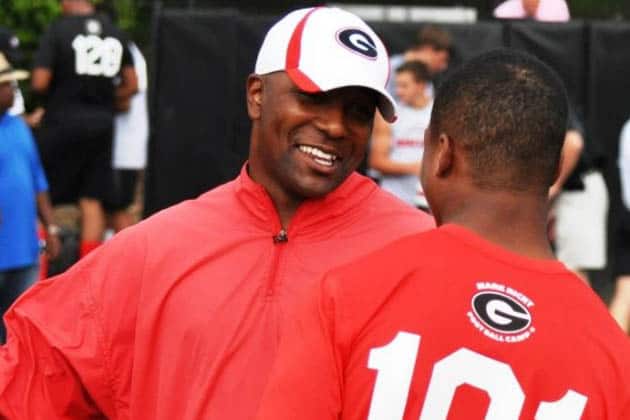 McClendon, named this week as national recruiter of the year by 247sports and Scout.com, will assume the additional title and coordinate assorted recruiting duties along with Richt. Daryl Jones will continue in his current role as Director of On-Campus Recruiting.

“This restructuring I believe will give us the best chance to win from a recruiting and special teams standpoint,” Richt said. “Our recruiting effort will be strengthened and our special teams will be improved as well.”

McClendon, who played for the Bulldogs from 2002-05, joined the full time staff in 2009 as running backs coach.