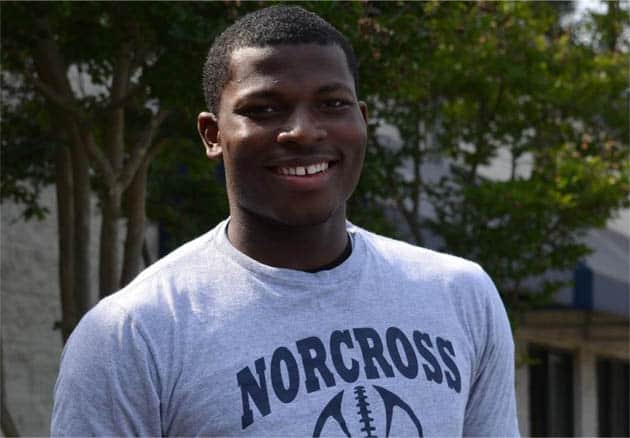 “I decided to stay home and represent my state and hopefully bring a national championship back to Georgia,” Carter said. “(Richt) got the hire with Jeremy Pruitt and that defense is going to be nasty, so I plan on being a big part of it.”

Carter (6-5, 232, 4.63) plays for Norcross High School in Norcross, GA. He committed to the Bulldogs over Alabama, Florida, Florida State, and LSU.

Carter will sign with UGA this afternoon, which will give the Dawgs a total of 21 signees for the 2014 class. That should wrap up what will likely be a Top 10 class.

Here is a screenshot of Carter after he announced he is heading to Athens: 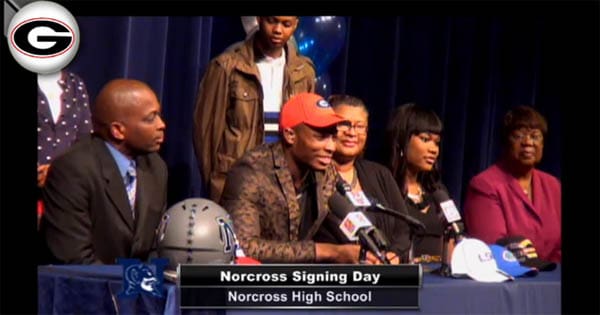 Georgia has now confirmed the signing of Carter:

Welcome to #DawgNation Lorenzo Carter | Committed To The G pic.twitter.com/2sYEVFZWP6