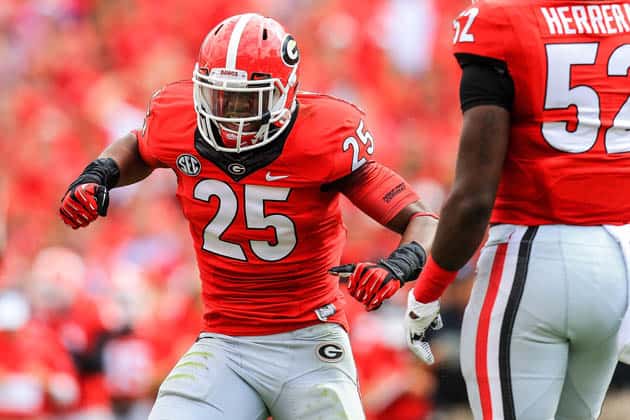 Safety Josh Harvey-Clemons and cornerback Sheldon Dawson have been suspended for the 2014 Gator Bowl game against the Nebraska Cornhuskers “due to a violation of team regulations,” UGA announced today.

UGA did not specify a reason for the two suspensions, but rumors are that both are related to academics.

If you’ll recall, Josh Harvey-Clemons was suspended for the 2013 season-opener against Clemson due to a marijuana incident in his dorm room.

Harvey-Clemons is a starting safety and has 66 tackles this season, which is tied for third on the team, and is also tied for first with one interception. He also had three fumble recoveries.

Dawson, a sophomore, played in all 12 games this season and started his first game in the regular-season finale at Georgia Tech. He has 13 tackles on the season and has has also seen work as a kick returner.