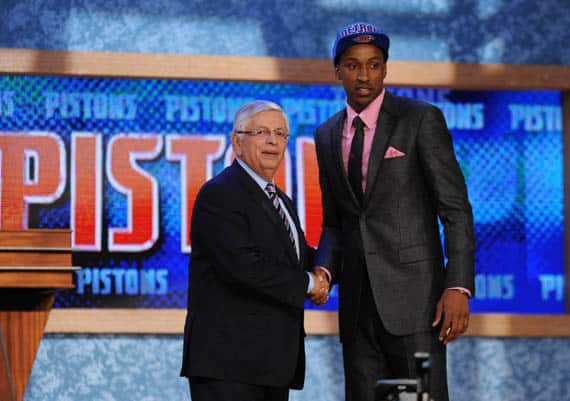 UGA’s Kentavious Caldwell-Pope was selected 8th by the Detroit Pistons in the 2013 NBA Draft on Thursday evening.

Caldwell-Pope is only the seventh UGA player ever to be selected in the first round of the NBA Draft. He is also the fourth lottery pick and the highest draft choice since Dominique Wilkins was selected third by the Utah Jazz in 1982.

“I want to congratulate Kentavious on his selection in the NBA Draft by the Detroit Pistons,” Georgia coach Mark Fox said.  “Years ago Kentavious shared with me his dream of playing in the NBA. Tonight it came true. We are very excited for him and proud he chose to spend his college years at Georgia.”