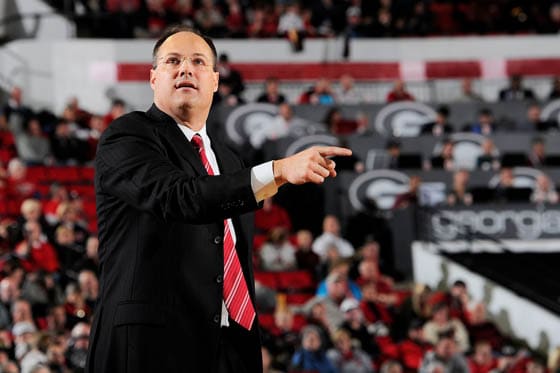 The Georgia Bulldogs have added games against Appalachian State and Wofford to their 2013-14 basketball schedule, Sicemdawgs.com has learned through an open records request.

Georgia will host Wofford at Stegeman Coliseum on Friday, Nov. 8, 2013. That will likely be the season-opener for the Bulldogs.

In nine meetings against the Wofford Terriers, Georgia is 8-1. The Bulldogs beat the Terriers 62-49 in their last meeting in Athens in 2011.

Georgia is also set to host the Appalachian State Mountaineers on Friday, Nov. 29, 2013. The Bulldogs are 3-0 overall against ASU after forfeiting their 2002 victory.

Based on a report from The Telegraph a few weeks ago and last Friday, Georgia’s 2014 SEC opponents are listed below. These are tentative and three home games remain unknown:

Fox also told The Telegraph that he is trying to get a “high major” non-conference team to come to Athens. “Trying really hard to do that. It’s been a bit of a challenge. So few teams are playing home-and-homes,” Fox said.