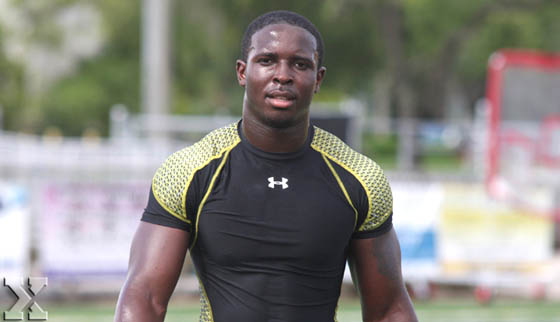 Sony Michel has committed to UGA for 2014.

Five-star tight running back Sony Michel of American Heritage High School (Plantation, FL) has committed to play for the Georgia Bulldogs. He is the 5th commitment for UGA’s 2014 recruiting class.

“I’m going to be going to college at the University of Georgia,” Michel said live on ESPNU Friday night while putting on a UGA hat.

Michel (5-11, 205) committed to the Bulldogs over offers from most of the top schools, including Alabama, Auburn, Florida, Florida State, Miami (FL), Notre Dame, and South Carolina.