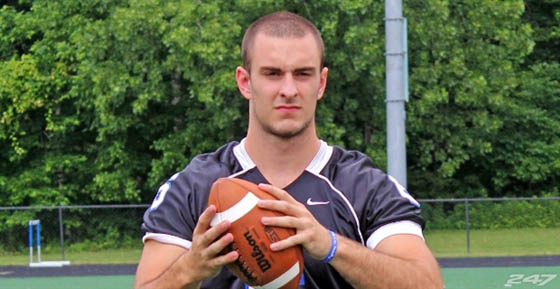 Jeb Blazevich has committed to UGA for 2014.

Four-star tight end Jeb Blazevich of Charlotte, North Carolina has committed to play for the Georgia Bulldogs. He is the 4th commitment for UGA’s 2014 recruiting class.

“I would like to go to the University of Georgia and be a Dawg,” Blazevich announced on ESPNU.

Blazevich (6-5, 240) committed to the Bulldogs over offers from most of the top schools, including Alabama, Clemson, Florida, LSU, Michigan, Notre Dame, Ohio State, South Carolina, Tennessee, and Virginia Tech.