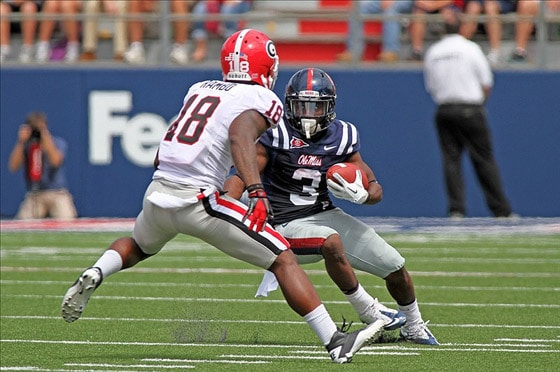 Georgia is coming off of an emotional win over then 2nd-ranked Florida in Jacksonville. The Dawgs hope to maintain the energy level and defensive intensity from that game.

A win over Ole Miss would bring Georgia within one game of clinching the SEC Eastern Division title and a trip to Atlanta for the Championship Game. If Georgia wins, the Bulldogs would need a victory at Auburn on Nov. 17 to play in the Dome.

Ole Miss, led by first-year head coach Hugh Freeze, arrives at Sanford Stadium with back-to-back wins against Auburn and Arkansas. The Rebels have also defeated Tulane, UCA, and UTEP and lost to Texas and Texas A&M.

This weekend is Homecoming at UGA and several events are planned, including an autograph signing featuring Coach Vince Dooley and former players Rex Robinson and Scott Woerner.