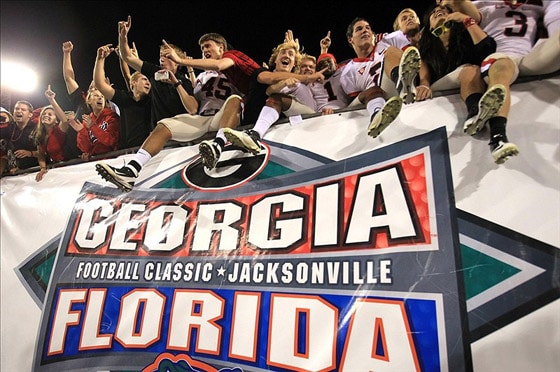 The 2012 Georgia-Florida football game will be broadcast by CBS at 3:30 p.m. ET on Saturday, Oct. 27, the SEC officially announced today.

Verne Lundquist and Gary Danielson will call the game with Tracy Wolfson reporting from the sidelines of Everbank Field.

As part of the game contract that was renewed in 2009, the annual border war will be shown on CBS at 3:30 through the 2016 season.

Georgia beat Florida last season 24-20 and now leads the overall series 48-40-2. Under head coach Mark Richt, the Bulldogs are 3-8 against the Gators.