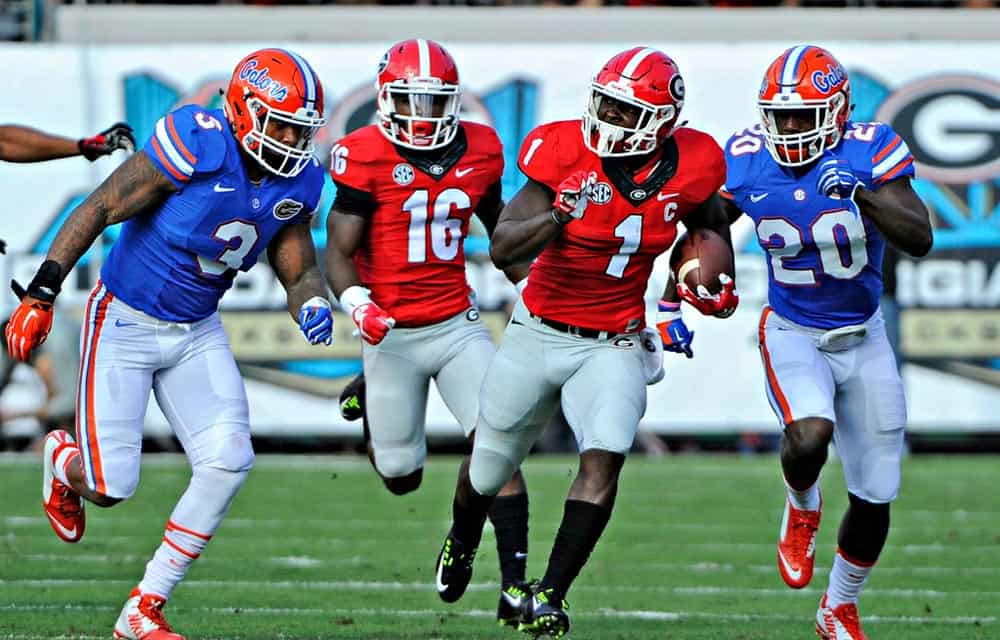 The Georgia Bulldogs and the Florida Gators have signed a “Term Sheet” which will extend their annual football game in Jacksonville through 2021, SicEmDawgs.com has learned.

A copy of the signed document was obtained from the University of Georgia via an open records request.

The term sheet between Georgia, Florida, and the City of Jacksonville indicates that a long-form contract will be drafted and executed no later that April 15, 2016.

As part of the term sheet, Georgia and Florida also agree to begin contract extension discussions immediately after the 2018 game.

The Athens Banner-Herald reports that Georgia nets about $2.4 million from each game in Jacksonville, or about $5 million every two years. That’s about $2 million more than the Bulldogs would net if they played the Gators home-and-home.

“So it’s a sweet deal for us,” McGarity told the ABH. “From a financial standpoint, it’s a huge deal for us. A $2 million swing over a two-year period is hard to make up in other areas.”

Georgia and Florida have met in Jacksonville every season since 1933, with the exception of 1994-95 when the stadium was renovated. The Bulldogs lead the overall series 50-42-2, but have lost the last two meetings.