Bacarri Rambo to be suspended for allegedly eating Pot Brownies

Bacarri Rambo to be suspended for allegedly eating Pot Brownies 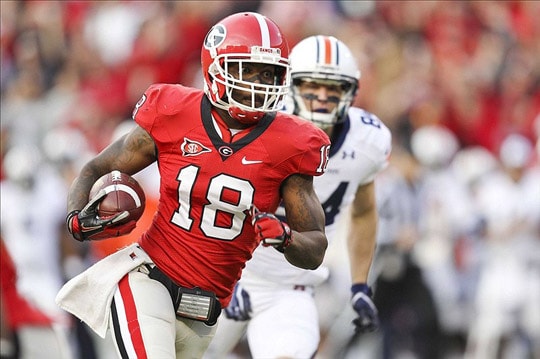 Alan Ingram, who coached Rambo at Seminole County High School, said that Rambo tested positive “after eating some brownies that he did not realize contained marijuana.”

“Some kids had them that were staying with him and he said he got high,” Ingram said. “He thought the things had marijuana in them. He sat there a couple of hours and didn’t know what to do. He said he if he turned himself in he’d get a four-game suspension for a second offense.”

“He said he was tested five or six times last year and came back clean,” Ingram said. “He said, ‘Coach, I’m not stupid. I came back to the University of Georgia to be an All-American two years in a row. I could have went in the NFL.'”

This would be Rambo’s second drug related suspension. Ingram said that last year’s suspension was a result of a traffic stop and one of the passengers in Rambo’s car had a “marijuana joint.”

Rambo was suspended one game for that incident after alerting head coach Mark Richt. Rambo was never charged with possession.

Rambo plans to appeal his suspension. If unsuccessful, Ingram said that Rambo may enter the 2012 NFL Supplemental Draft.