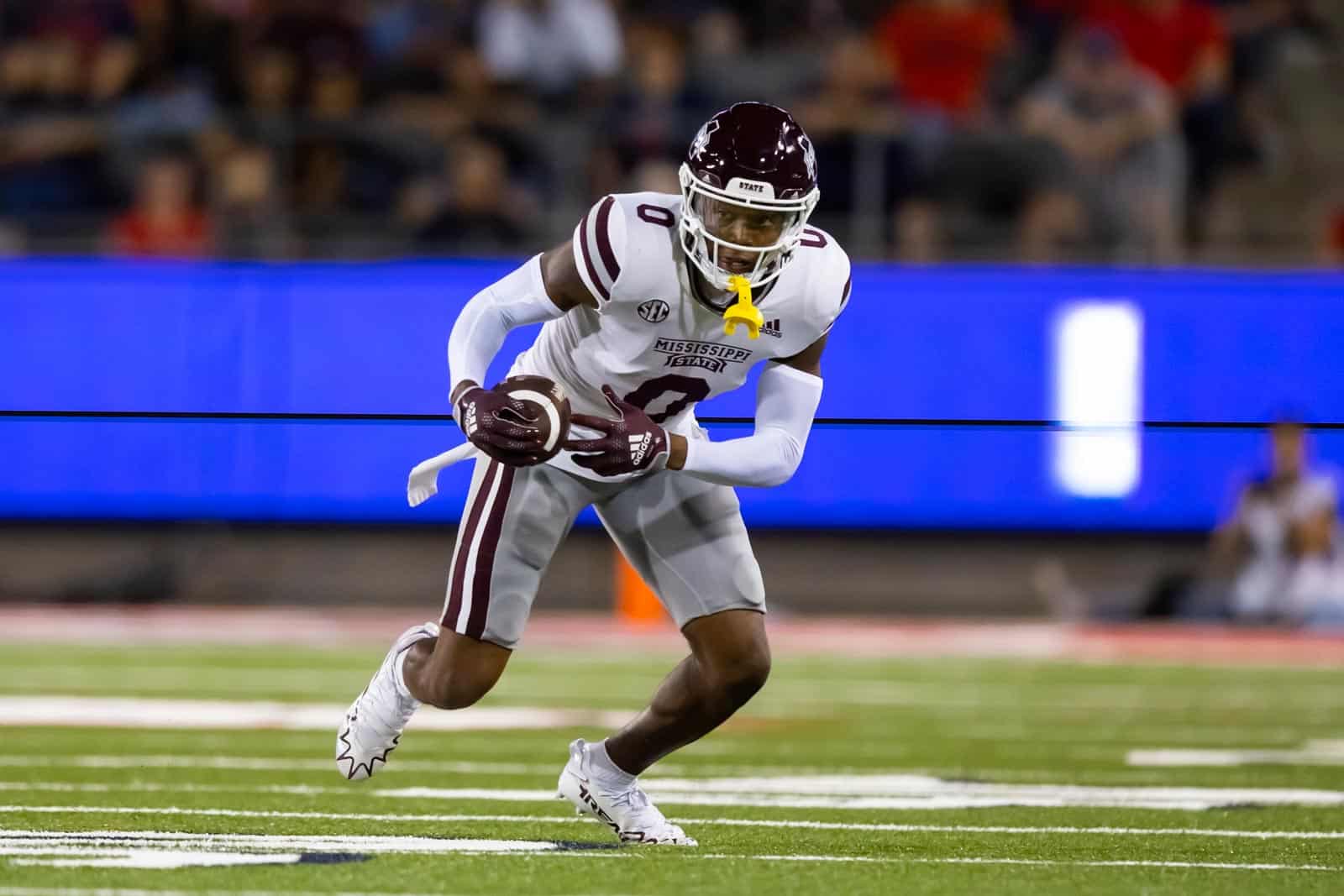 Rodarius “RaRa”” Thomas was arrested and booked into the Athens-Clarke County Jail at 4:05am this morning and remains incarcerated as of 11:20am ET.

Thomas was arrested by the University of Georgia Police Department. Both charges state that there is no bond, which means he will likely remain in jail until he appears before a judge.

Below is a screenshot from the Athens-Clarke County Jail report: 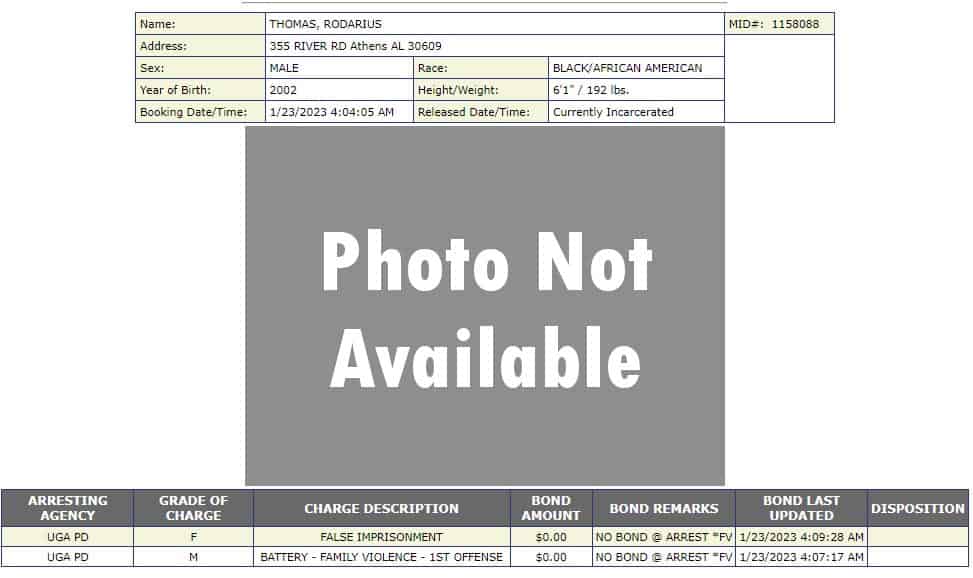 RaRa Thomas announced his transfer to Georgia from Mississippi State on the Early Signing Day on Wednesday, Dec. 22, 2022.

Thomas, who hails from Eufala, Ala., caught 44 passes for 626 yards and seven touchdowns as a sophomore in 2022.