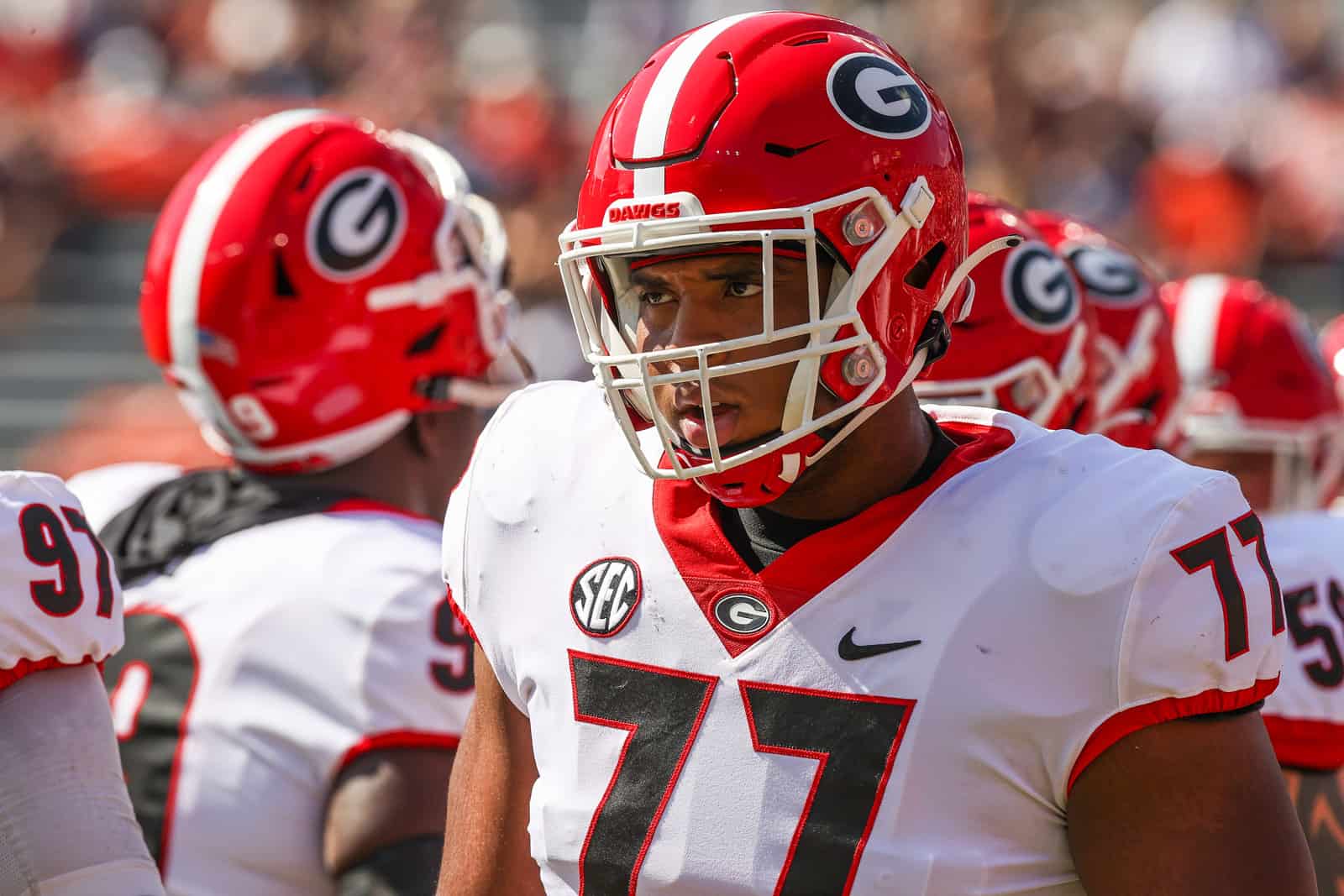 Two other members of the football program were also seriously injured in the accident but are currently listed in stable condition.

According to police, 20-year old Devin Willock was a passenger in a Ford Expedition that was involved in a single-car crash on Barnett Shoals Road. Willock died at the scene and 24-year old Chandler LeCroy died at a nearby hospital.

Reports indicate that offensive lineman Warren McClendon and recruiting staffer Tory Bowles are the surviving passengers in the crash, but that has not been confirmed by UGA.

“The entire Georgia family is devastated by the tragic loss of football student-athlete Devin Willock and football staff member Chandler LeCroy. Two other members of the football program were injured in the accident. They are both in stable condition, and we will continue to monitor their status with medical personnel.

“Devin and Chandler were two special people who meant so much to the University of Georgia, our football program and our athletic department. We ask that everyone keep their families in your prayers during this very difficult time.

“The UGA Athletic Association will work with our medical team as well as our mental health and performance personnel to make sure we are providing the best support possible for our staff and student-athletes who are processing this grief. We can provide no further comment at this time but ask that everyone continue to keep those involved in your prayers.”

Statement from UGA Head Football Coach Kirby Smart
“We are all heartbroken and devastated with the loss of Devin Willock and Chandler LeCroy. Devin was an outstanding young man in every way and was always smiling. He was a great teammate and a joy to coach. Chandler was a valuable member of our football staff and brought an incredible attitude and energy every single day. We grieve with their families for this tragic loss and will support them in every way possible.”

Statement from J. Reid Parker Director of Athletics Josh Brooks
“We are covering the families of Devin Willock and Chandler LeCroy in prayer this morning. We are deeply saddened on the tragic loss of Devin and Chandler, and we will continue to honor their memory in the years to come.

“These two special people meant the world to our football program and athletic department. We are working with our medical staff and mental health and performance team to ensure our staff and student-athletes have all the support they need during this extremely difficult time.”

Statement from UGA President Jere W. Morehead
“On behalf of the University of Georgia, our entire campus grieves for the loss of two young members of our campus community—student-athlete Devin Willock and football staff member Chandler LeCroy. Our thoughts and prayers are with their families and friends. We also pray for the full recovery of those injured in this tragic accident.”

Willock, a redshirt sophomore from New Milford, N.J., played in every game for the Bulldogs during their national championship run this season, including the SEC Championship Game, CFP Semifinal, and CFP National Championship.

Players, coaches, and fans shared their condolences on Twitter.

Wasn’t supposed to be like this man .. love y’all both forever 🤞🏾❤️ https://t.co/kbUN57zhaR

We are heartbroken for the Georgia football program, and pray for everyone impacted by this morning’s tragedy.

For those mourning the unimaginable loss of loved ones, and for those fighting to recover, we pray for strength. https://t.co/xhBV4fy9Ao

Heartbreaking 💔 news to wake up to. My thoughts and prayers go out to @GeorgiaFootball ,the Georgia community and the family and friends of Devin and Chandler. Continuing to pray all those injured to have a full recovery 🙏🙏

Our thoughts and prayers go out to @GeorgiaFootball and the families of Devin and Chandler.

Sending our thoughts and prayers to @GeorgiaFootball, the UGA community, and the friends and families of Devin and Chandler 🧡💙

Our thoughts and prayers are with everyone at @GeorgiaFootball. We extend our deepest condolences to the families and friends of Devin and Chandler. https://t.co/n0j5TjPwpC

Sending our thoughts and prayers to the UGA family. https://t.co/nCj9KhCJQj

Our team could really use everyone’s prayers this morning. One of the most heartbreaking mornings I can remember. RIP to 2 great people. Please pray for their families and our entire organization. Heartbroken. https://t.co/JBfbtTzw2H

Praying for the Willock and LeCroy families, as well as the Georgia Football team and staff during this difficult time.

Praying for UGA and Devin Willocks family this morning 🙏🏾💔