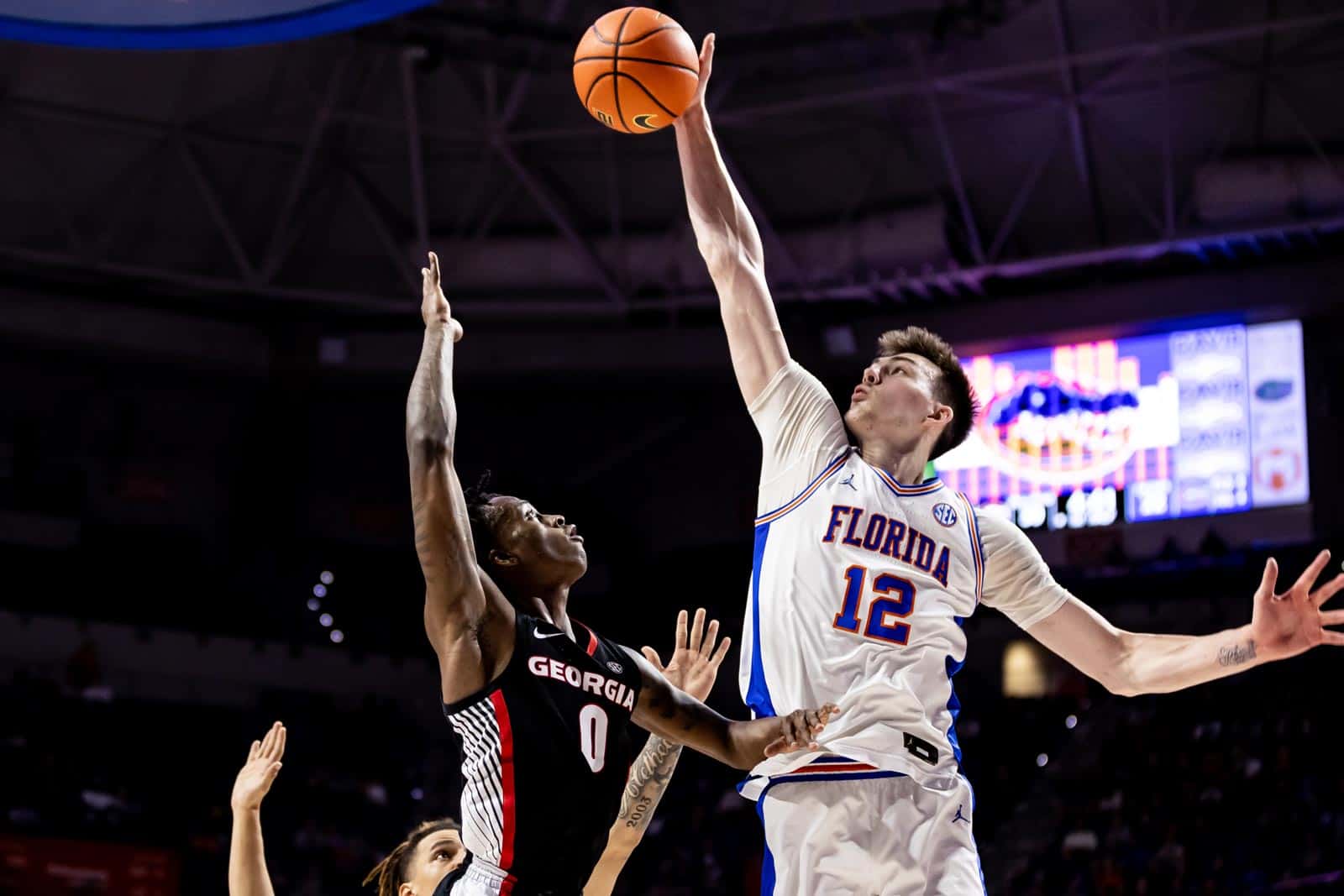 GAINESVILLE, Fla. – Despite a late effort, the University of Georgia men’s basketball team fell to the Florida Gators 82-75 on Saturday afternoon before 9,077 spectators at Exactech Arena.

Senior Terry Roberts led Georgia (11-4, 1-1 SEC) in scoring with 25 points, eight rebounds and four assists, while junior Jabri Abdur-Rahim tallied 12 points. Fifth-year Braelen Bridges pitched in with 10 points and five boards. On the afternoon, the Bulldogs shot 38.2 percent from the field and 50 percent from beyond the arc.

“I thought we were terrific defensively throughout the entire game,” said Georgia head coach Mike White following the game. “We were really scrappy on the offensive glass and in transition offense to make it interesting down the stretch. I thought we respond to being down… I’m really proud of this group. We continue to fight. Hit a couple of hard ones to make it interesting. Terry (Roberts) was the guy that made it interesting and Jabri (Abdur-Rahim) also hit a couple of hard ones.”

After trading baskets with Florida (8-7, 1-2 SEC) to open the game, Georgia used a 21-6 run to take a 25-14 lead with eight minutes remaining in the first half. During the run, the Bulldogs held to Gators scoreless from the field for nine minutes of play. Moments later, the Georgia lead grew to 12 thanks to a Roberts 3-pointer from the top of the key.

Florida quickly responded, using a pair of Georgia turnovers to cut the lead to eight. The Gators used that momentum to draw within one, thanks to a 7-0 run with 2:14 left in the half. Seconds later, Florida took its first lead since the 17:04 minute mark, on a Colin Castleton layup. The Bulldogs entered the locker room trailing the Gators 39-34.

Coming out of the half, Georgia quickly cut into the Florida lead and a Mardrez McBride 3-pointer drew the Bulldogs within one. The two squads went back and forth before the Gators used an 11-0 run to take a 56-46 lead with 12 minutes remaining. With five minutes remaining, a pair of 3-pointers by Abdur-Rahim sparked a 7-0 to cut the Florida lead to three. Despite a late effort by Georgia, Florida would go on to win 82-75.

Georgia returns to action on Wednesday, Jan. 11, when the Bulldogs host the Mississippi State Bulldogs at Stegeman Coliseum. The Bulldogs are currently 9-0 at home on the season, the sixth-longest home win streak in program history. Tip is set for 6:30 p.m. EST and the game will be aired on SEC Network.