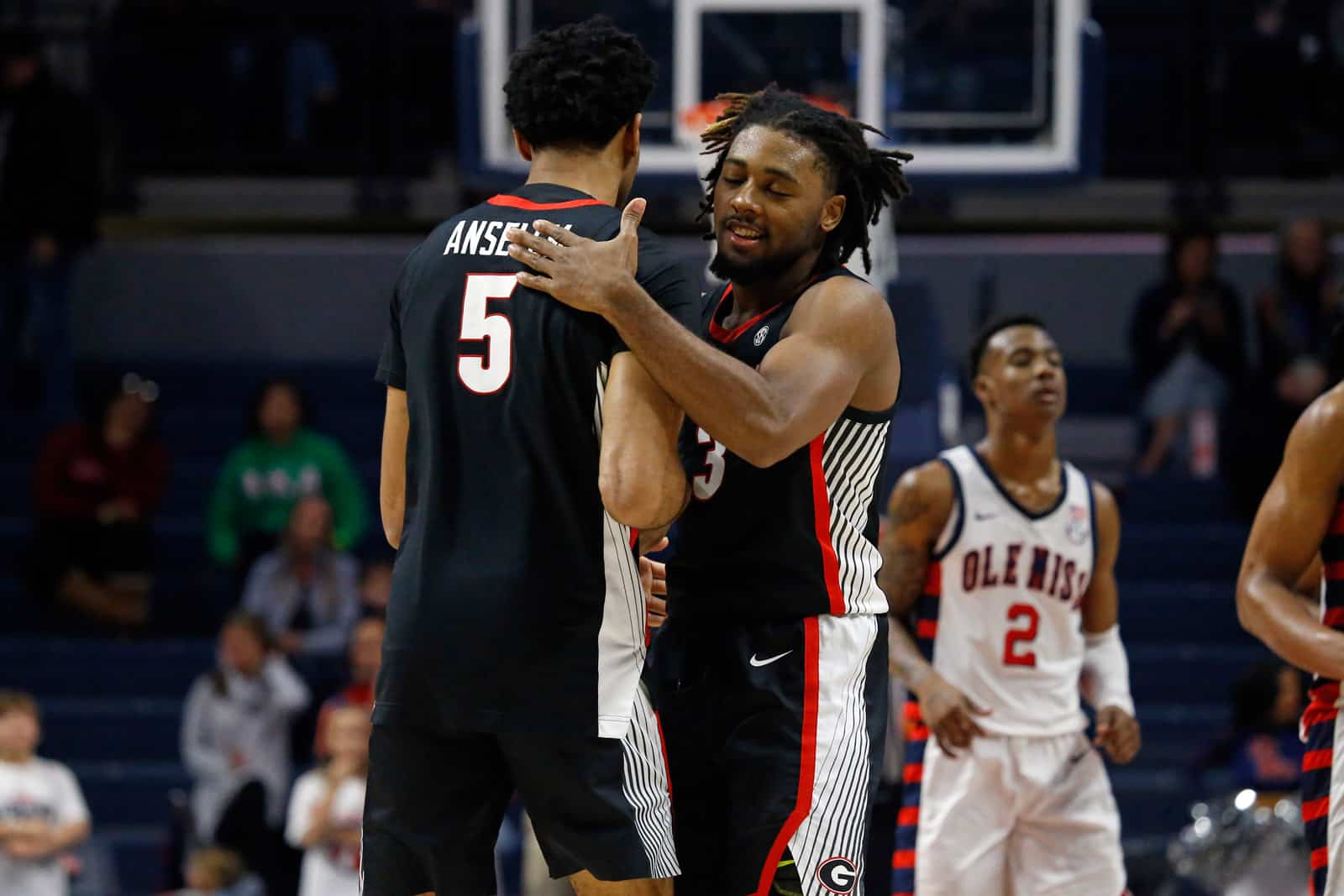 ATHENS, Ga. — The University of Georgia men’s basketball team picked up its first win on the road this year with a 62-58 victory over Ole Miss before 6,117 spectators at the Sandy and John Black Pavilion on Saturday afternoon.

Junior Kario Oquendo led all scorers with 15 points on 5-of-10 shooting from the field and a trio of 3-pointers. Senior Terry Roberts trailed closely behind, earning 14 points, seven rebounds and five assists. The Bulldogs (13-4, 3-1 SEC) finished the game with an eight-point scoring run to defeat the Rebels (8-9, 0-5 SEC) in a game that saw 20 lead changes and five ties.

The entire game saw the two teams trading baskets and neither team held more than a six-point lead. Roberts picked up the first bucket of the day for Georgia off a layup, with Braelen Bridges following him shortly after, who finished with eight points.
After holding a small lead for much of the first half, the Bulldogs found themselves down a point with just over eight minutes to go in the half after Ole Miss’ Matthew Murrell converted an and-one layup. Mardrez McBride swiftly responded for Georgia, though, putting in one of the two made 3-pointers for the Red and Black in the opening half.

Ole Miss opened the second half on an eight-point run including a pair of threes that allowed it to jump out to a 38-32 lead just four minutes after the break. Oquendo responded with a long ball of his own to cut the deficit to three after Roberts found him.

The Bulldogs’ final run to put away the Rebels was an 8-0 run by Oquendo. The guard converted a layup and two treys to turn a 56-52 deficit into a 60-56 lead with just over a minute remaining. Despite a bucket from Ole Miss, the Bulldogs sank the final two free throws of the afternoon to earn its first win in a hostile environment this season.

Georgia continues its SEC road trip this Tuesday, Jan. 17 at 9 p.m. ET against the Kentucky Wildcats inside of Rupp Arena in Lexington.