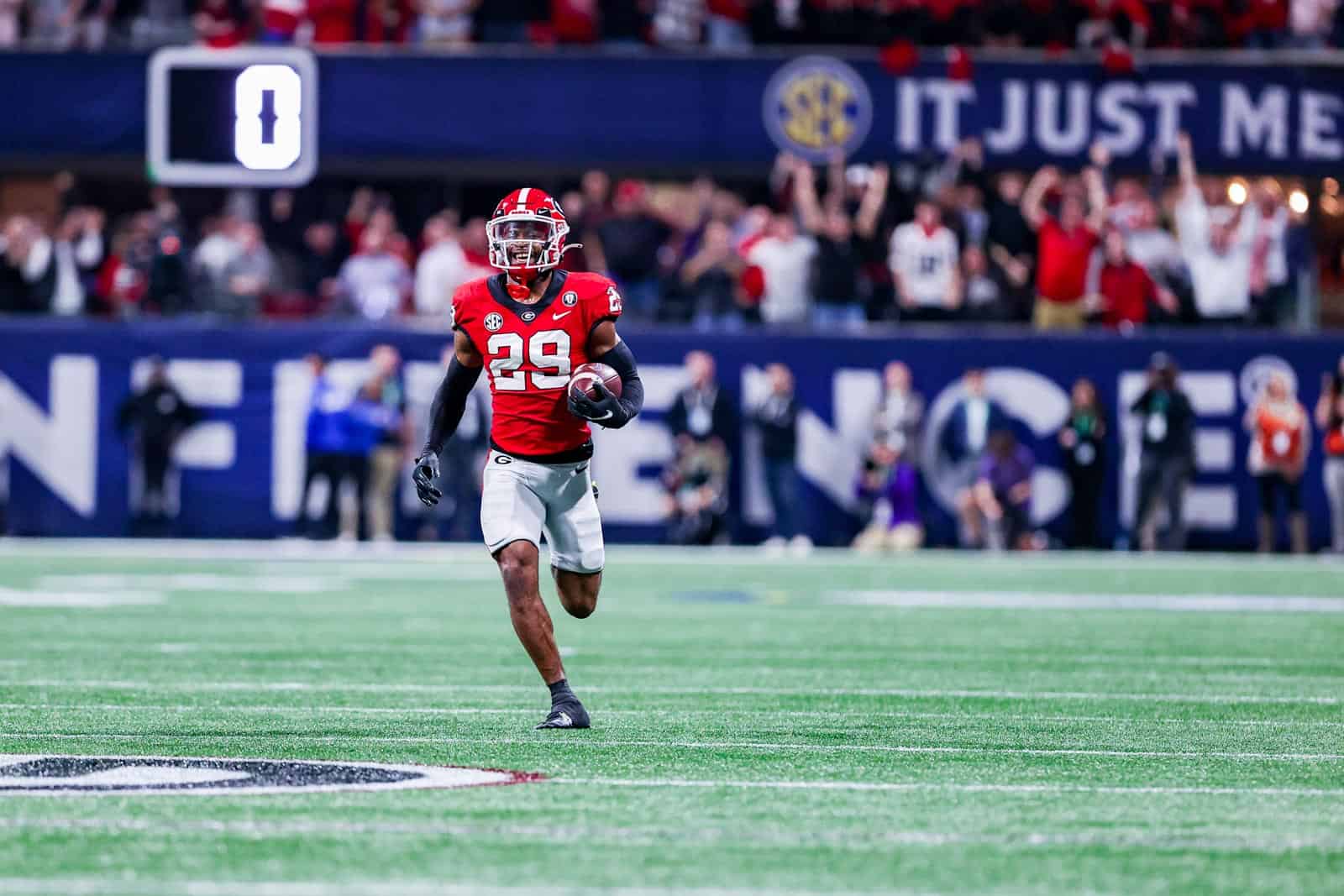 The NCAA compiles a definitive All-America squad for its annual record book by using these five selectors: the American Football Coaches Association (AFCA), Associated Press (AP), Football Writers Association of America (FWAA), Sporting News (SN) and the Walter Camp Football Foundation. Unanimous All-Americans are first-team choices of all five of the selectors, and there were only 14 of them this season with Georgia and USC the only schools to have two. Also, the unanimous choices are Consensus All-Americans.

Smith, a native of Atlanta, Ga., was a finalist for the Bronko Nagurski Trophy. He has started all 13 games, leads the squad with three interceptions and ranks fourth in tackles with 50. In the SEC Championship Game victory over LSU, Smith returned a blocked field goal 96 yards for a touchdown, had three tackles, including a TFL, and an interception.

Carter, a native of Apopka, Fla., was a Rotary Lombardi Award finalist. Despite starting only seven games because of an early season knee injury, he has 29 tackles, including seven tackles for loss (TFL) and three sacks, to go with two forced fumbles and 25 quarterback hurries. Over the last six games, Carter has accounted for 24 tackles, 6.5 TFLs, three sacks and a pair of forced fumbles.

The Bulldogs battle No. 4 Ohio State (11-1) in the CFP Semifinal Chick-fil-A Peach Bowl in Atlanta on Dec. 31. ESPN will televise the matchup at 8 p.m.