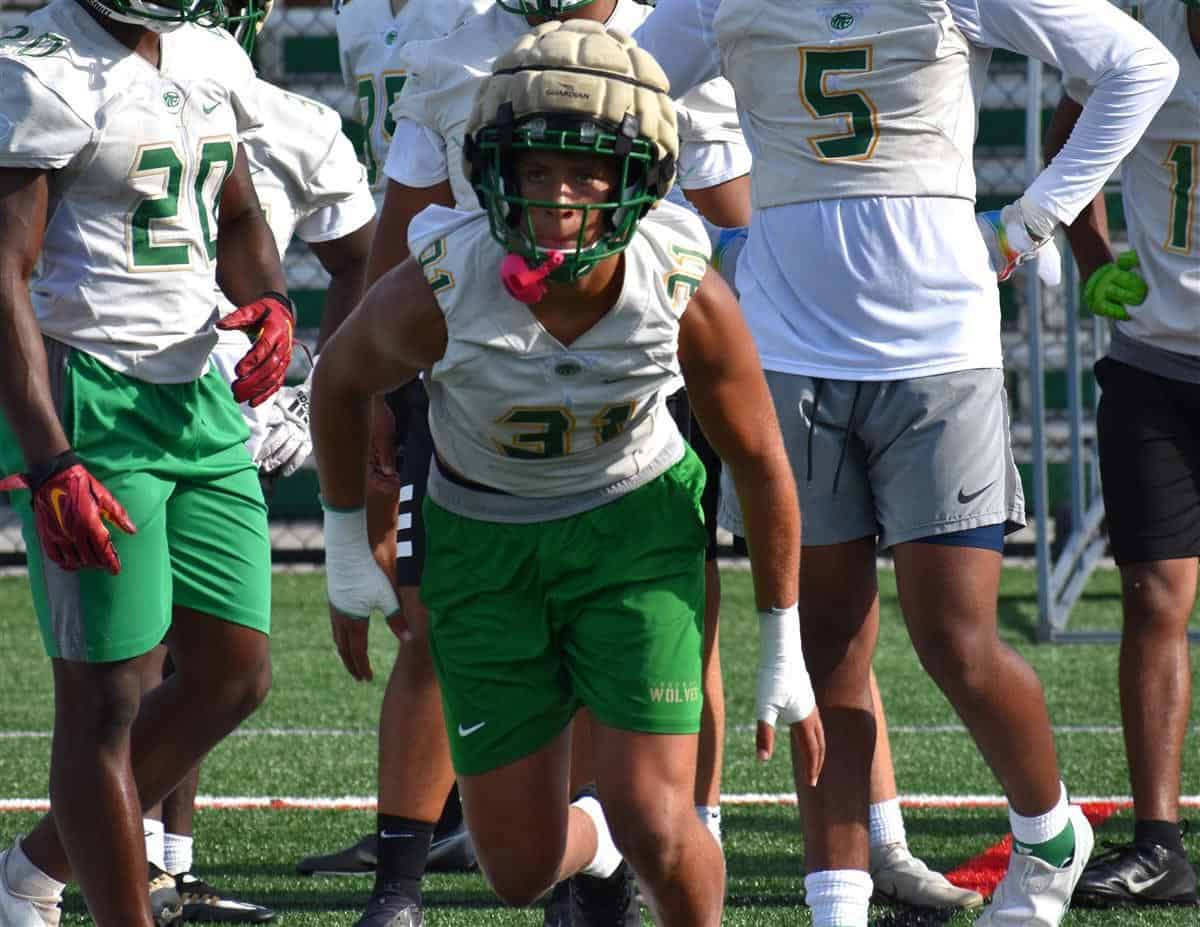 Jadon Perlotte, a five-star linebacker from Buford, Ga., has committed to UGA football for the class of 2025.

Perlotte pledged to Kirby Smart and the Georgia Bulldogs on Thursday via his Twitter account. He is the second commitment for the Bulldogs for 2025.

Jadon Perlotte (6-3, 200) currently plays for Buford High School. He committed to the Bulldogs over offers from most of the top schools in the country, including Alabama, Auburn, Florida, FSU, LSU, Michigan, Ohio State, Oregon, Penn State, Tennessee, Texas, and Texas A&M.

Perlotte joins running back Jabree Wallace-Coleman of Philadelphia, Pa., who committed to UGA back in July.

The Early Signing Period for the 2023 class of recruits is Wednesday, Dec. 21, 2022. UGA’s class of 23 commitments is currently ranked second in the 247Sports Team Rankings, just behind Alabama.