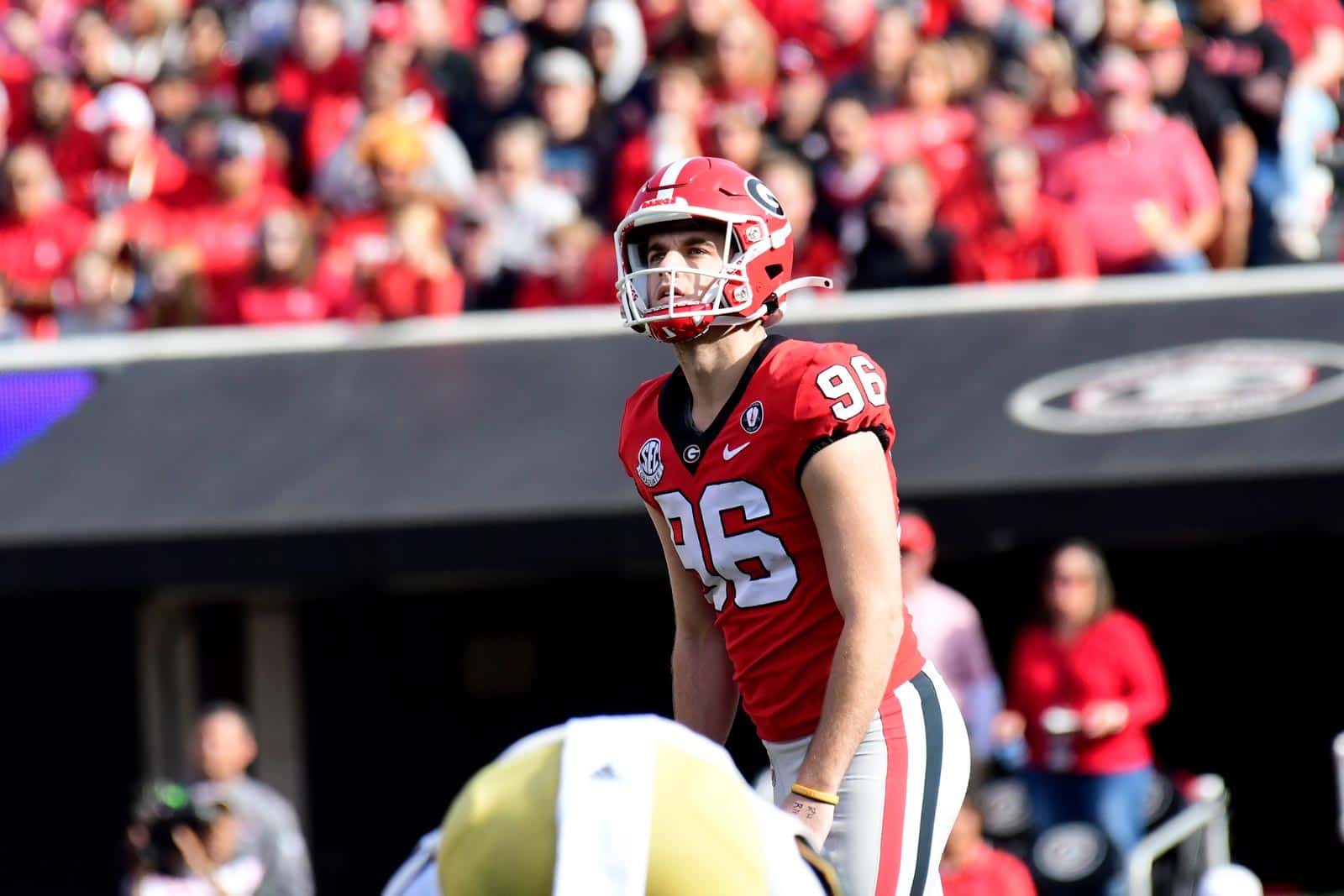 Jack Podlesny leads the SEC this season in field goal percentage at 88.5 after connecting on 23 of 26 attempts. He has also converted on all 61 of his point after attempts. On kickoffs, 73 of Podlesny’s 91 attempts have resulted in either a touchback or fair catch.

Head coach Kirby Smart was named SEC Coach of the Year for the second consecutive season after leading the Bulldogs to a 12-0 regular-season record followed by a win over LSU in the 2022 SEC Championship Game and the top seed in the College Football Playoff Semifinals.

Below is the complete list of SEC individual football awards for the 2022 season:

Defensive Player of the Year
Will Anderson Jr., Alabama

The Georgia Bulldogs are scheduled to face the fourth-ranked Ohio State Buckeyes in the College Football Playoff Semifinal at the Chick-fil-A Peach Bowl on Saturday, Dec. 31 at Mercedes-Benz Stadium in Atlanta, Ga. The game will be televised by ESPN at 8:00pm ET (Buy Tickets).