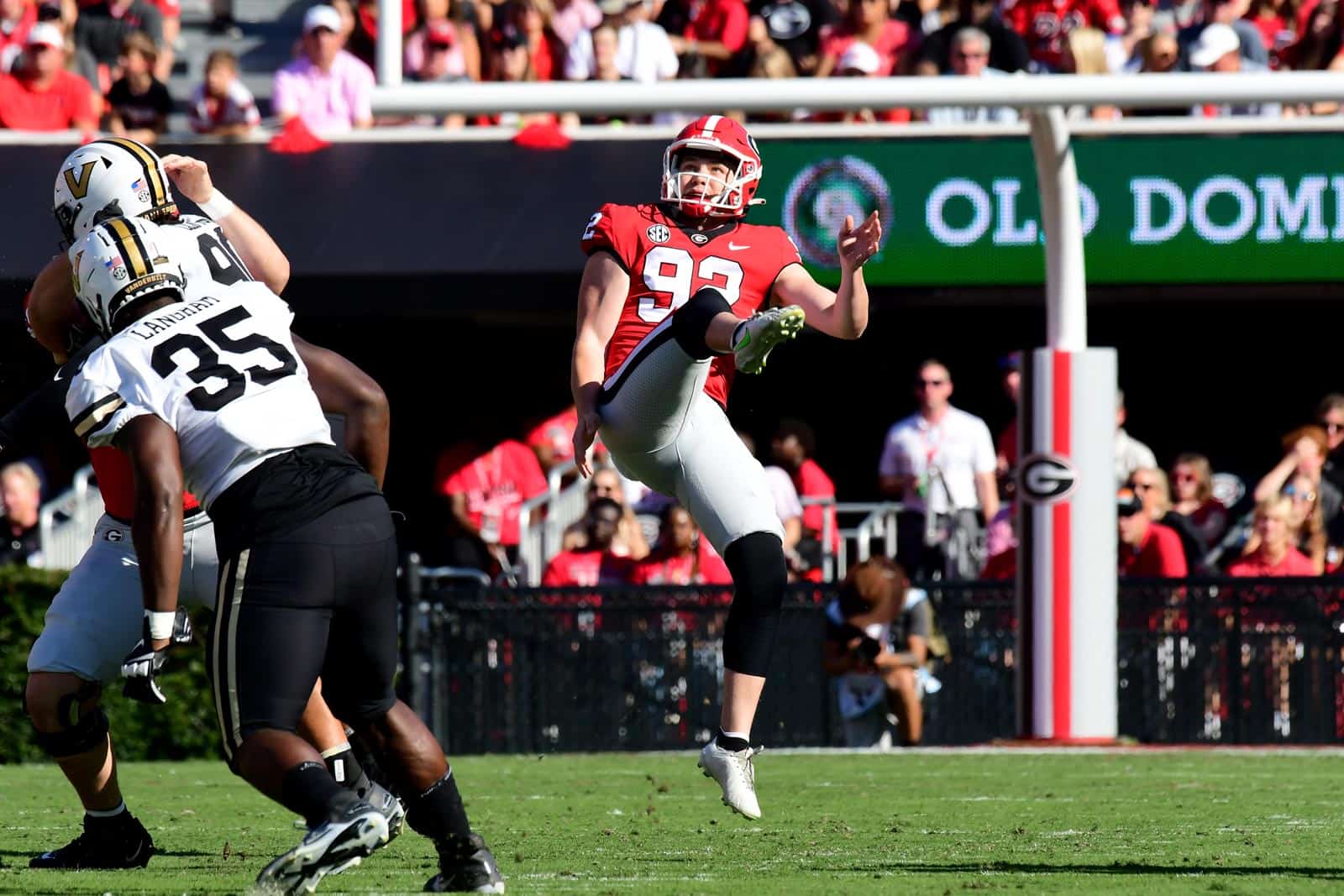 Four Georgia Bulldogs have been named to the 2022 Freshman All-SEC Team following a vote by the league’s coaches, it was announced on Thursday.

Mykel Williams, who hails from Columbus, Ga., has started in two of Georgia’s 13 games so far this season. He has 21 total tackles, including two quarterback sacks, along with a team-high 27 quarterback hurries.

Jalon Walker, a native of Salisbury, N.C., played in all 13 games for the Bulldogs this season as a reserve linebacker and on kick coverage units. He has eight tackles and blocked a punt against Kent State.

Malaki Starks, who hails from Jefferson, Ga., started at defensive back in 12 of 13 games this season and was third on the team in tackles with 63. Starks was also named a finalist for the 2022 Shaun Alexander Freshman of the Year Award.

Brett Thorson has punted 33 times this season for an average of 44.9 yards. Thorson, a native of Melbourne, Australia, has a season-long punt of 75 yards that rolled out of bounds at the Tennessee one-yard line, which was also the longest punt by a Bulldog in 13 years.