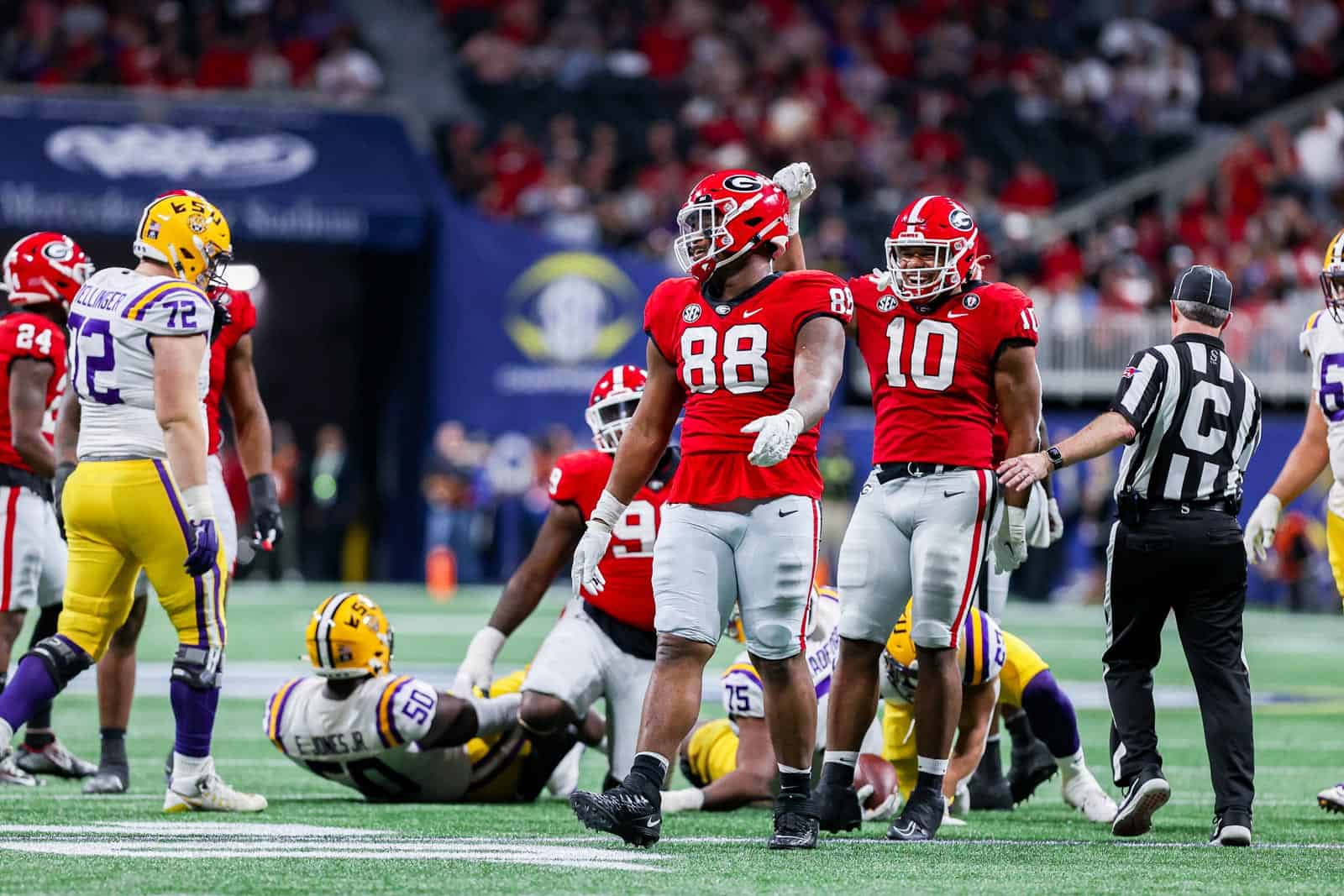 Four Georgia Bulldogs have been named 2022 Sporting News All-Americans, according to an announcement on Tuesday.

Christopher Smith has started all 13 games for the Bulldogs this season and has the fourth-most tackles on the team with 50. He also has a team-high three interceptions, five pass breakups, one fumble recovery, and a 96-yard touchdown return of a blocked field goal. Smith was also a finalist for the Bronko Nagurski Trophy.

Jamon Dumas-Johnson, a Butkus Award finalist this season, is Georgia’s co-leader in tackles with 64 (eight for loss) and also has three sacks and 21 quarterback hurries.

Brock Bowers has started all 13 games for the Bulldogs this season and has caught 52 passes for 726 yards and six touchdowns. Bowers has also rushed six times for 93 yards and three touchdowns.