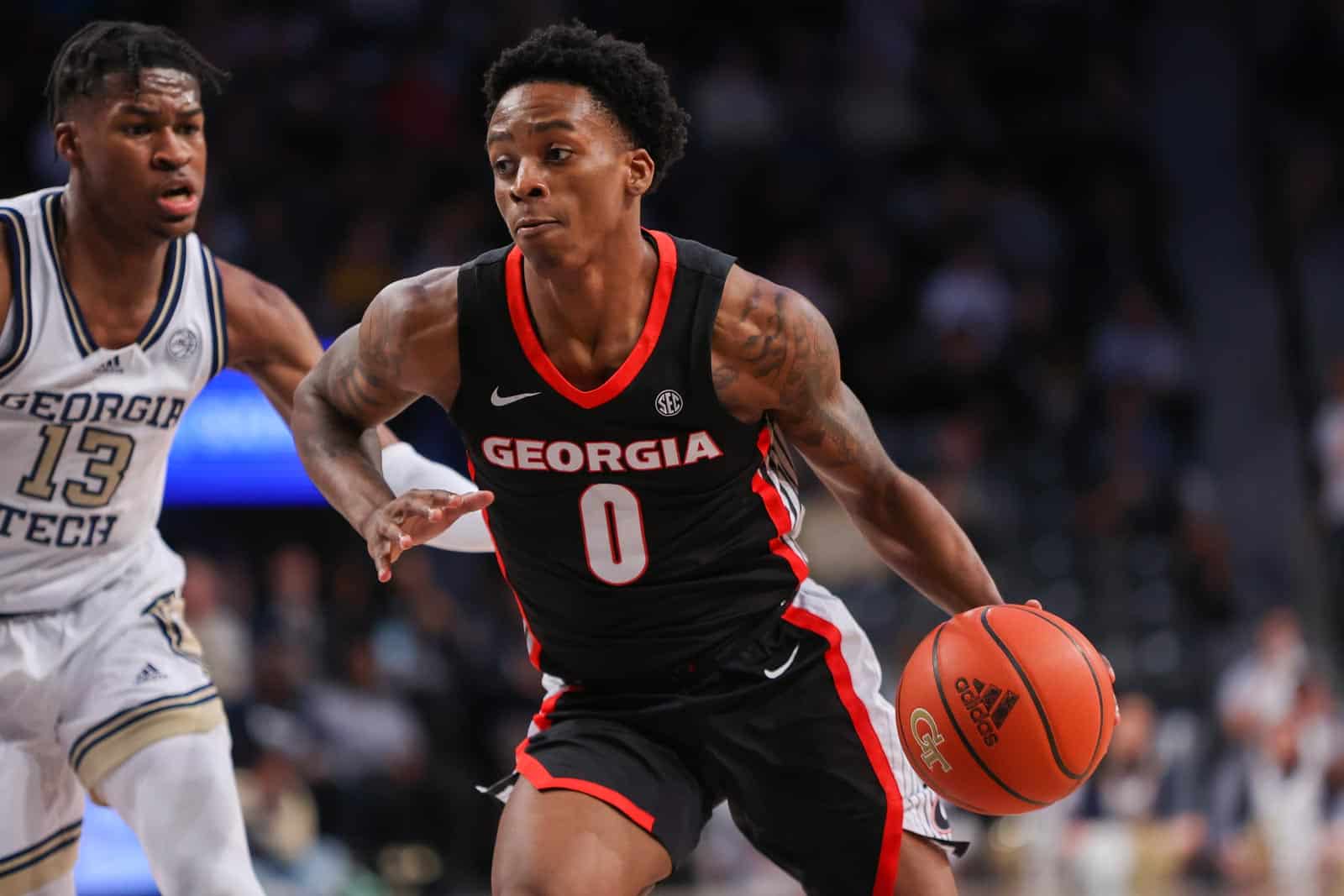 ATLANTA, Ga. – Despite a valiant effort, the University of Georgia men’s basketball team dropped a heartbreaker to Georgia Tech 79-77 on Tuesday evening before 5,810 spectators at McCamish Pavilion.

Senior Terry Roberts led Georgia (7-3) in scoring with 16 points and seven assists, while junior Kario Oquendo tallied 15 points and seven rebounds. Junior Matthew-Alexander Moncrieffe pitched in with 11 points. For the evening, the Bulldogs shot 53.4 percent from the field and outscored the Yellow Jackets 48-44 in the paint.

“Our execution down the stretch failed us,” said Georgia head coach Mike White following the game. “That starts with me. We had an opportunity on the baseline out of bounds and we kind of froze. We didn’t execute a play that we ran earlier in the game. That said, this team has been through an incredible amount of adversity here lately. I am proud of our guys’ fight. We are a much better team than we were a month ago. I’m not a moral victory guy, but I’ll tell you what. We played a lot better tonight than we did those last couple (of games) at home. There is some progress and some positives there. I loved how hard our guys played. We really had every chance to win on the road here in the ACC.”

The opening minutes of the game were slow. Baskets were hard to come by as both squads locked down the paint and forced multiple turnovers before Georgia Tech (6-3) took a 9-4 lead into the first media break. After trading baskets, the Yellow Jackets extended their lead to eight, with nine minutes remaining in the first half, however, a trio of stops and a 7-0 run drew the Bulldogs within one with 8:24 left on the clock. Moments later, a corner three from Oquendo gave Georgia its first lead of the game, 26-24.

Both the Bulldogs and Yellow Jackets battled back-and-forth before Georgia extended its lead to three on a Frank Anselem fast-break dunk. Tech immediately responded with a 4-0 run to regain the lead, however, the Bulldogs answered with a quick spurt to take the lead right back and enter the half up 39-34. The Bulldogs shot 55.2 percent from the field in the first half.

Coming out of the locker room, Tech used a 7-0 run to take a 41-39 lead resulting in a Georgia timeout. After three scoreless minutes, Mardrez McBride drained a deep 3-pointer to give the Bulldogs their first basket of the half. That was quickly followed by a pair of triples from Jailyn Ingram, which gave Georgia a 49-48 lead. The two squads continued to trade buckets over the next eight minutes of play.

The Bulldogs eventually took a 69-68 lead into the under-eight media break. Coming out of the timeout, Georgia and Georgia Tech continued to dual until the squads found themselves deadlocked at 73-73, with four minutes remaining in the game. Looking to create a defensive spark, the Bulldogs switched to a 2-3 zone. The defensive strategy proved effective as Georgia forced three consecutive stops while adding a pair of buckets to take a 77-73 lead with two minutes remaining.

Georgia led by one with 36.3 seconds left on the clock before Tech’s Miles Kelly drained a floater to give the Yellow Jackets a 78-77 lead, however, a pair of late turnovers proved costly, as Tech would go on to win 79-77.

The Bulldogs return to action on Sunday, December 18, when they square off against the Notre Dame Fighting Irish in the Holiday Hoopsgiving tournament at State Farm Arena in Atlanta. The matchup with the Irish tips off at 5:30 p.m. EST and will be aired on ESPN2.