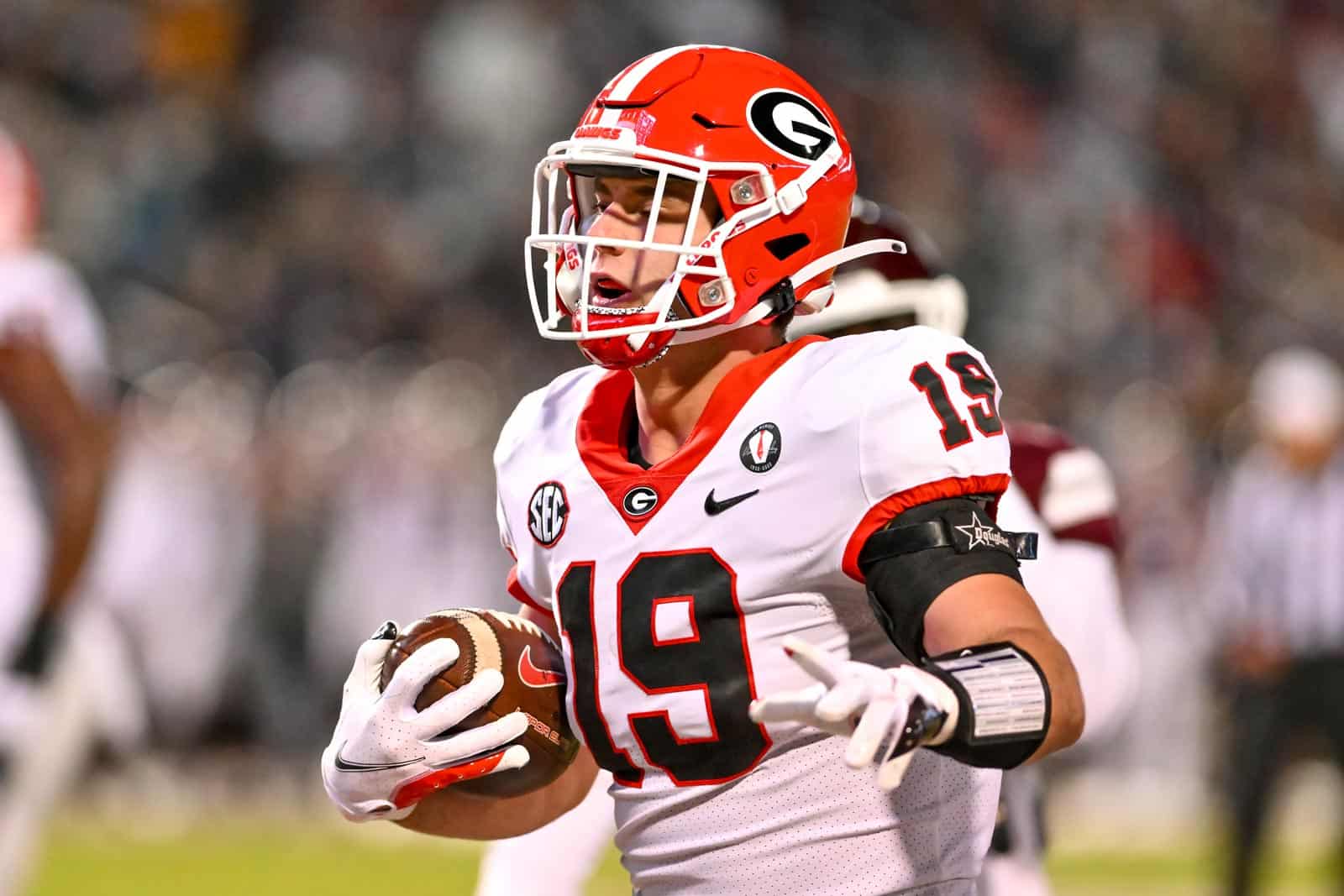 UGA football sophomore Brock Bowers has been named the winner of the 2022 John Mackey Award, it was announced during the virtual Home Depot ESPN College Football Awards Show Thursday night.

The John Mackey Award is given annually to the nation’s most outstanding collegiate tight end.

Bowers beat out the other two finalists for the 2022 John Mackey Award, Sam LaPorta of the Iowa Hawkeyes and Michael Mayer of the Notre Dame Fighting Irish.

Brock Bowers, who hails from Napa, Calif., has started all 13 games for the Bulldogs this season and has caught 52 passes for 726 yards and six touchdowns. Bowers has also rushed six times for 93 yards and three touchdowns.

Bowers was also named to the 2022 All-SEC Coaches’ First Team earlier this week and was a finalist for the Rotary Lombardi Award.