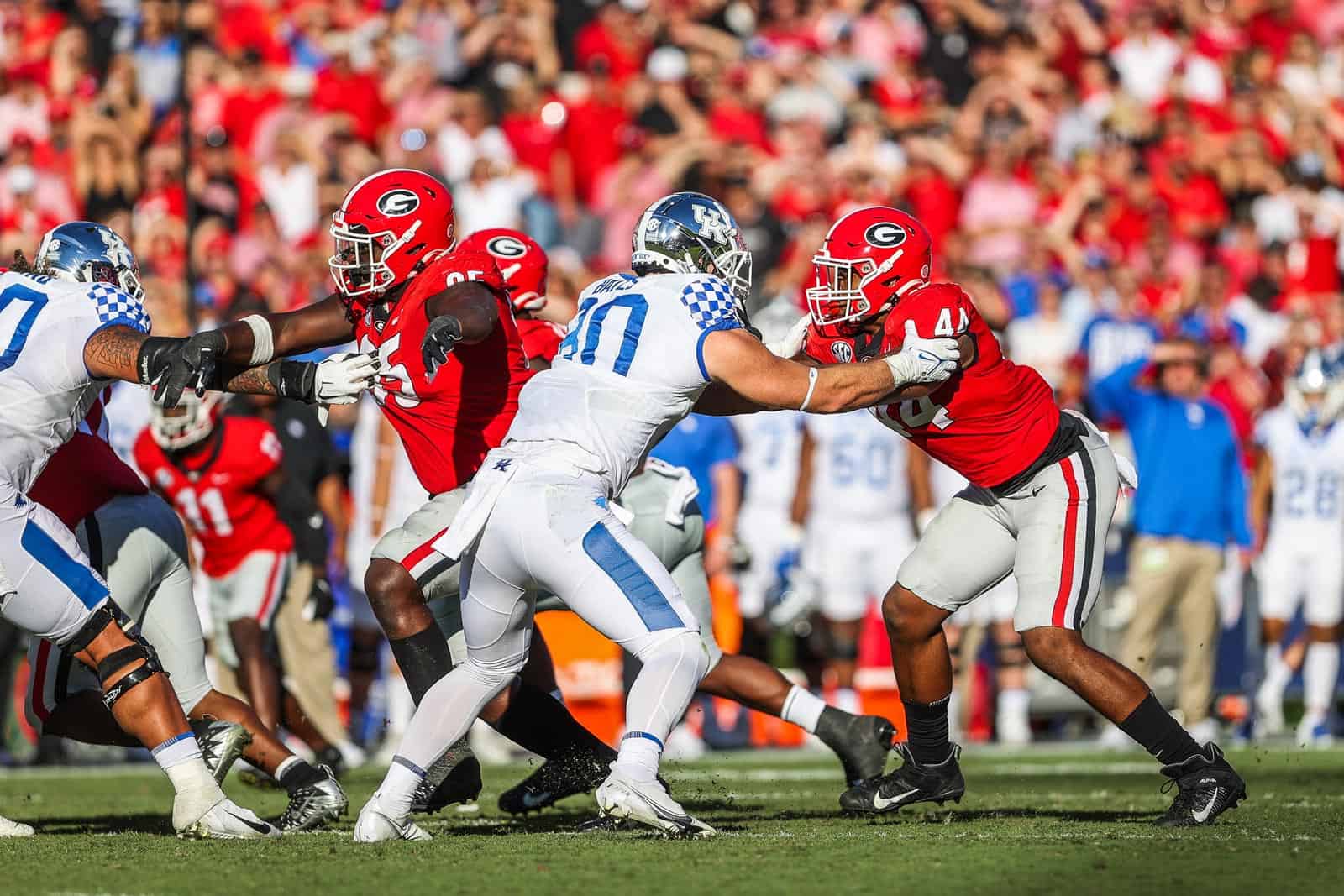 The UGA football game on the road against the Kentucky Wildcats on Saturday, November 19 will be televised by CBS at 3:30pm ET, the SEC has announced.

Georgia-Kentucky tickets are available from our partner StubHub. The get-in price is currently around $100 plus fees.

The Bulldogs and Wildcats met last season at Dooley Field at Sanford Stadium in Athens, Ga, with the Bulldogs coming out on top 30-13. Georgia has defeated Kentucky in 12 consecutive meetings and the Bulldogs currently lead the overall series, 61-12-2.

Georgia and Kentucky first met on the gridiron in 1939 and have played every season from 1956 through 2021.

This will be Georgia’s fourth appearance on CBS this season following their contests against Auburn, Florida, and Tennessee. The Bulldogs have also appeared on ABC (Oregon), ESPN (South Carolina), the SEC Network (Samford, Missouri, and Vanderbilt), and ESPN+ (Kent State) during the 2022 campaign.

The Bulldogs’ next game is on Saturday, Nov. 12 against the Mississippi State Bulldogs at Davis Wade Stadium in Starkville, Miss. The game will be televised by ESPN at 7:00pm ET (Buy Tickets).

Georgia’s last kickoff time, the regular-season finale at home against the Georgia Tech Yellow Jackets, will be announced 6-12 days prior to the date of the game.