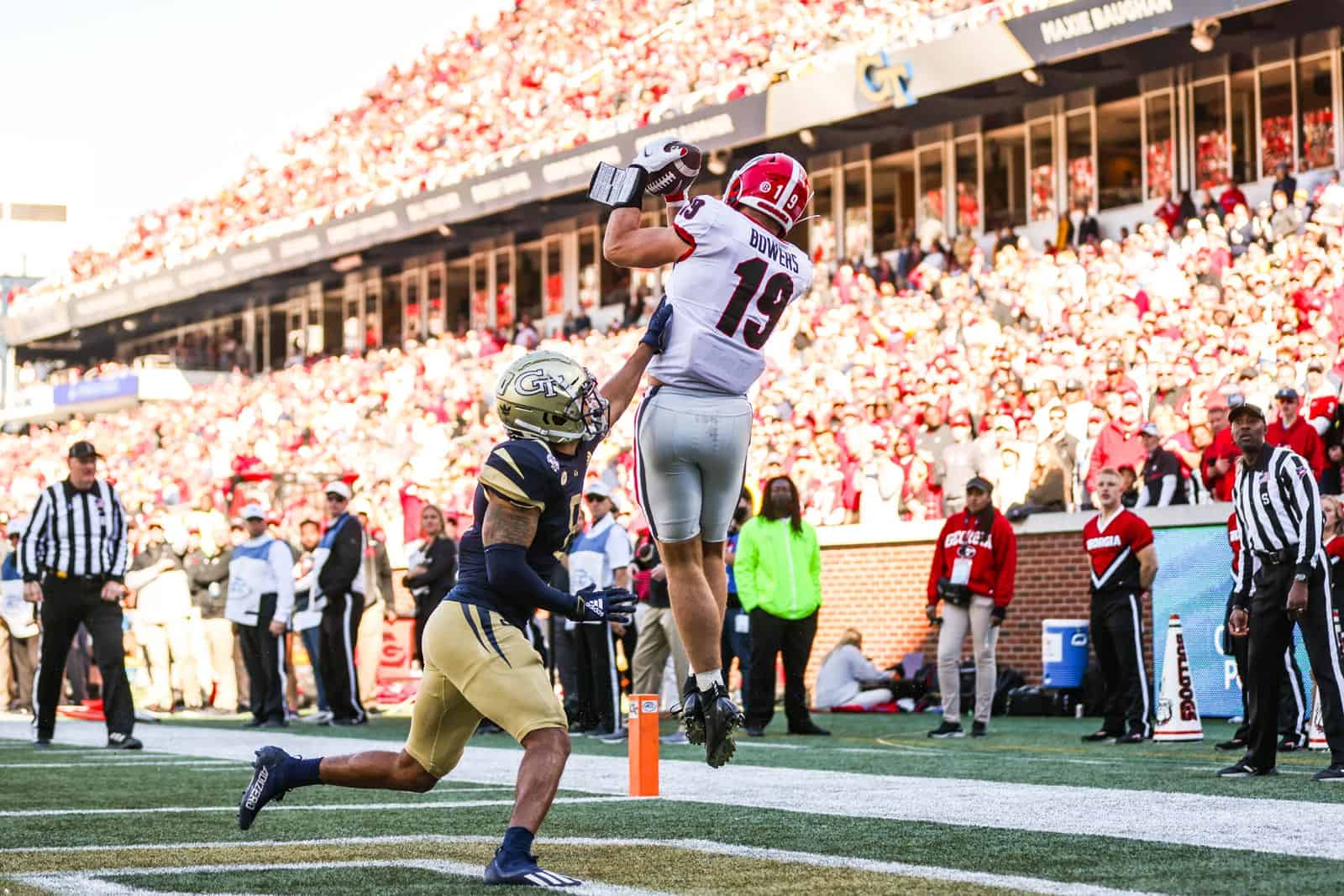 The UGA football game at home against the Georgia Tech Yellow Jackets on Saturday, November 26 will be televised by ESPN at 12:00pm ET, the SEC has announced.

Georgia-Georgia Tech tickets are available from our partner StubHub. The get-in price is currently around $125 plus fees.

In the most recent edition of Clean, Old Fashioned Hate in 2021, the Bulldogs crushed the Yellow Jackets 45-0 at Bobby Dodd Stadium in Atlanta, Ga.

Georgia Tech hasn’t played at Dooley Field at Sanford Stadium since the 2018 season. The Jackets were supposed to visit in 2020, but the game was not played due to the COVID-19 pandemic.

Georgia and Georgia Tech first met on the gridiron in 1893. The Bulldogs have won four consecutive contests over their in-state rival and now lead the overall series 69-39-5.

This will be Georgia’s third appearance on ESPN this season following their contests against South Carolina and Mississippi State. The Bulldogs have also appeared on ABC (Oregon), CBS (Auburn, Florida, and Tennessee), the SEC Network (Samford, Missouri, and Vanderbilt), and ESPN+ (Kent State) during the 2022 campaign.

The Bulldogs’ next game is on Saturday, Nov. 19 against the Kentucky Wildcats at Kroger Field in Lexington, Ky. The game will be televised by CBS at 3:30pm ET (Buy Tickets).

The Georgia Bulldogs are set to face the SEC’s Western Division winner in the SEC Championship Game on Saturday, Dec. 3 at Mercedes-Benz Stadium in Atlanta, Ga. The game will be televised by CBS at 4:00pm ET (Buy Tickets).