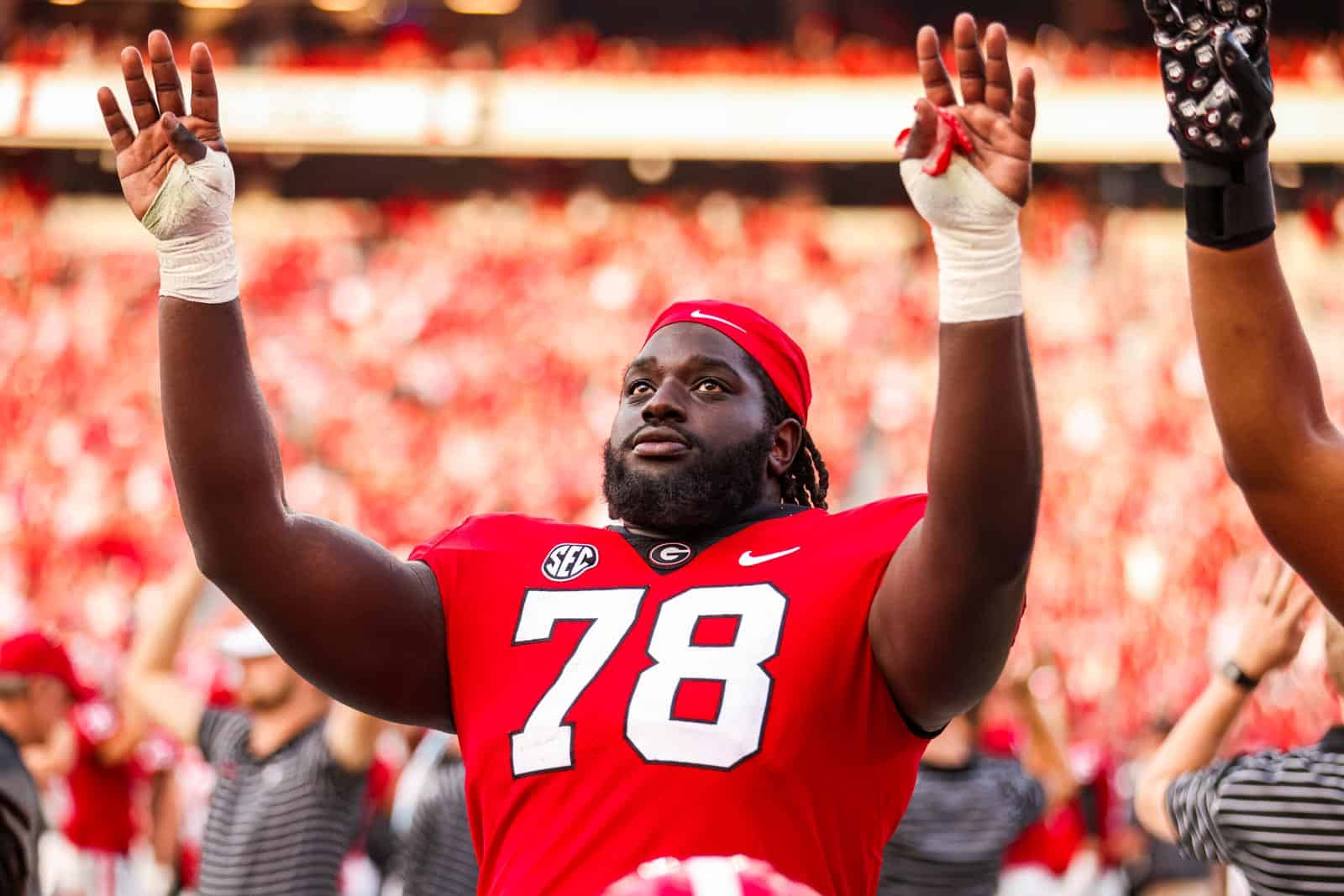 UGA football junior defensive lineman Nazir Stackhouse and senior place-kicker Jack Podlesny have each been named SEC Players of the Week for Week 12 of the 2022 season, the SEC announced on Monday.

Nazir Stackhouse was named SEC Defensive Lineman of the Week after recording a career-high five tackles, including 0.5 tackles for loss, in Georgia’s 16-6 win on the road at Kentucky. Stackhouse also had two quarterback hurries.

Jack Podlesny was named SEC Co-Special Teams Player of the Week following his performance in the victory over the Wildcats. With Lexington, Ky., temperatures in the 30s and winds gusting in the 20s, Podlesny connected on all three of his field goals and knocked down his only point-after attempt (PAT) to help Georgia to victory.

These are the 11th and 12th SEC weekly awards for the Bulldogs this season. Senior S Christopher Smith has been named the Defensive Player of the Week twice while sophomore TE Brock Bowers has garnered Offensive Player of the Week honors two times. In addition to Podlesny’s three awards, RB Branson Robinson was also named the Freshman of the Week following his showing versus Auburn. After the win over No. 1 Tennessee, senior QB Stetson Bennett, junior DL Jalen Carter and freshman S Malaki Starks were all honored by the SEC.