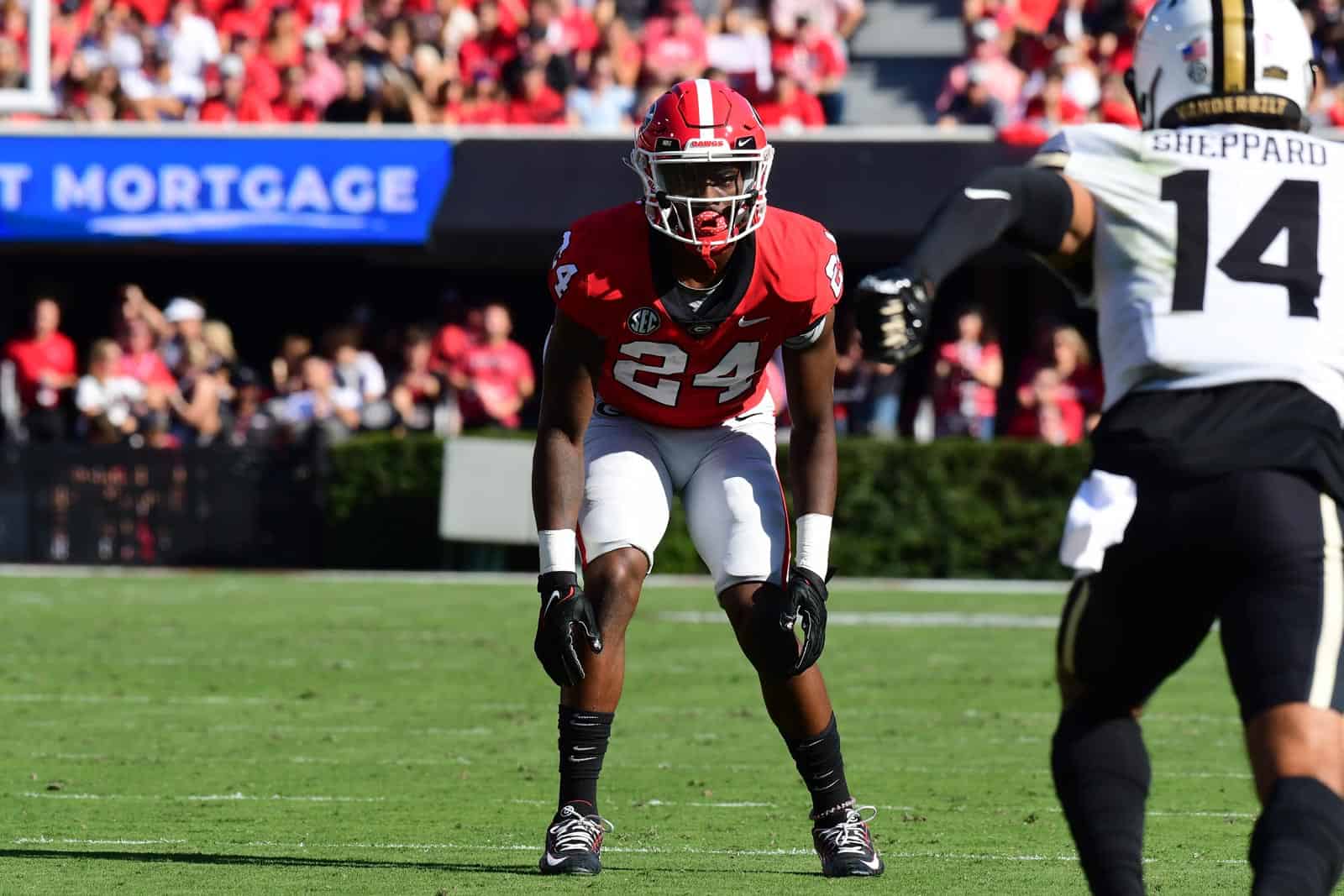 UGA football defensive back Malaki Starks has been named a semifinalist for the 2022 Shaun Alexander Freshman of the Year Award, the Maxwell Football Club has announced.

The Shaun Alexander Freshman of the Year Award, named in honor of Shaun Alexander, a former standout at the University of Alabama and with the Seattle Seahawks in the NFL, is presented to the College Freshman Player of the Year. Past winners include Trevor Lawrence (2018, Clemson), Kenneth Gainwell (2019, Memphis), Will Anderson Jr. (2020, Alabama), and Brock Bowers (2021, Georgia).

Malaki Starks, who hails from Jefferson, Ga., has started at defensive back in seven of eight games this season. He is currently second on the team in tackles with 30 and leads the Bulldogs with five pass breakups.