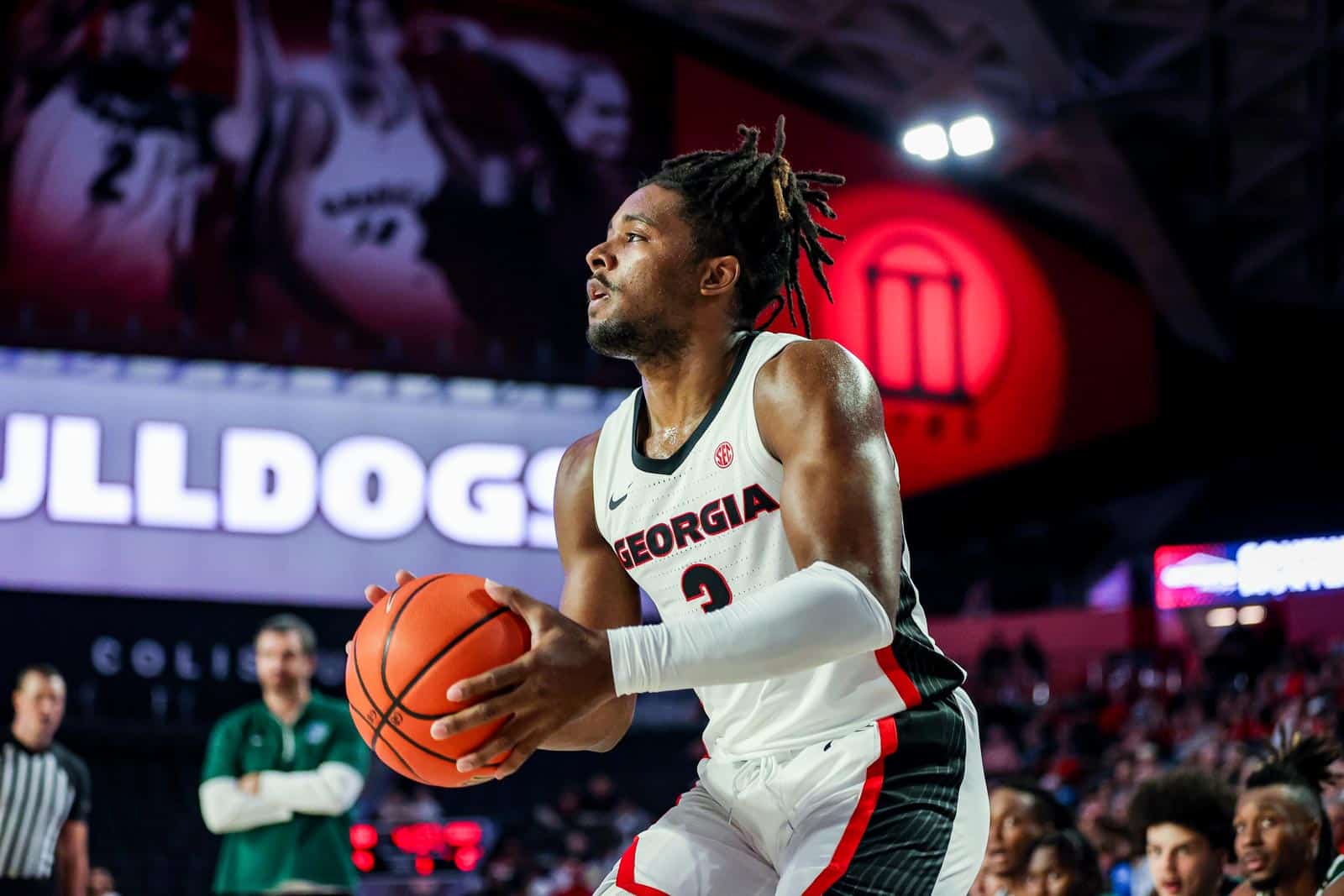 UGA basketball guard Kario Oquendo has been named to the 2022-23 Coaches Preseason All-SEC Team, the conference announced on Tuesday.

Alabama, Auburn, Kentucky, and Tennessee each have multiple selections. In all, 36 different players received votes for the coaches’ teams.

Below is info on Oquendo from the UGA release:

A 6-4, 220-pound guard from Titusville, Fla., Oquendo reached double figures in 23 games last season, including 15 SEC outings. He notched 10 20-point performances, with eight of those versus league competition. Oquendo poured in a season-high 33 points at Texas A&M, equaling the highest single-game output in league play during the 2021-22 season. Among SEC statistical leaders, Oquendo ranked No. 7 in field goal percentage (.453).

Oquendo also built a reputation as one the nation’s top in-game dunkers, appearing on ESPN’s Top-10 plays three times last season – No. 3 on Nov. 16 against S.C. State, No. 6 on No. 23 versus Northwestern and No. 3 on March 1 against Tennessee.

The Georgia Bulldogs are scheduled to open the 2022-23 season on Monday, Nov. 7 against the Western Carolina Catamounts at Stegeman Coliseum in Athens, Ga.