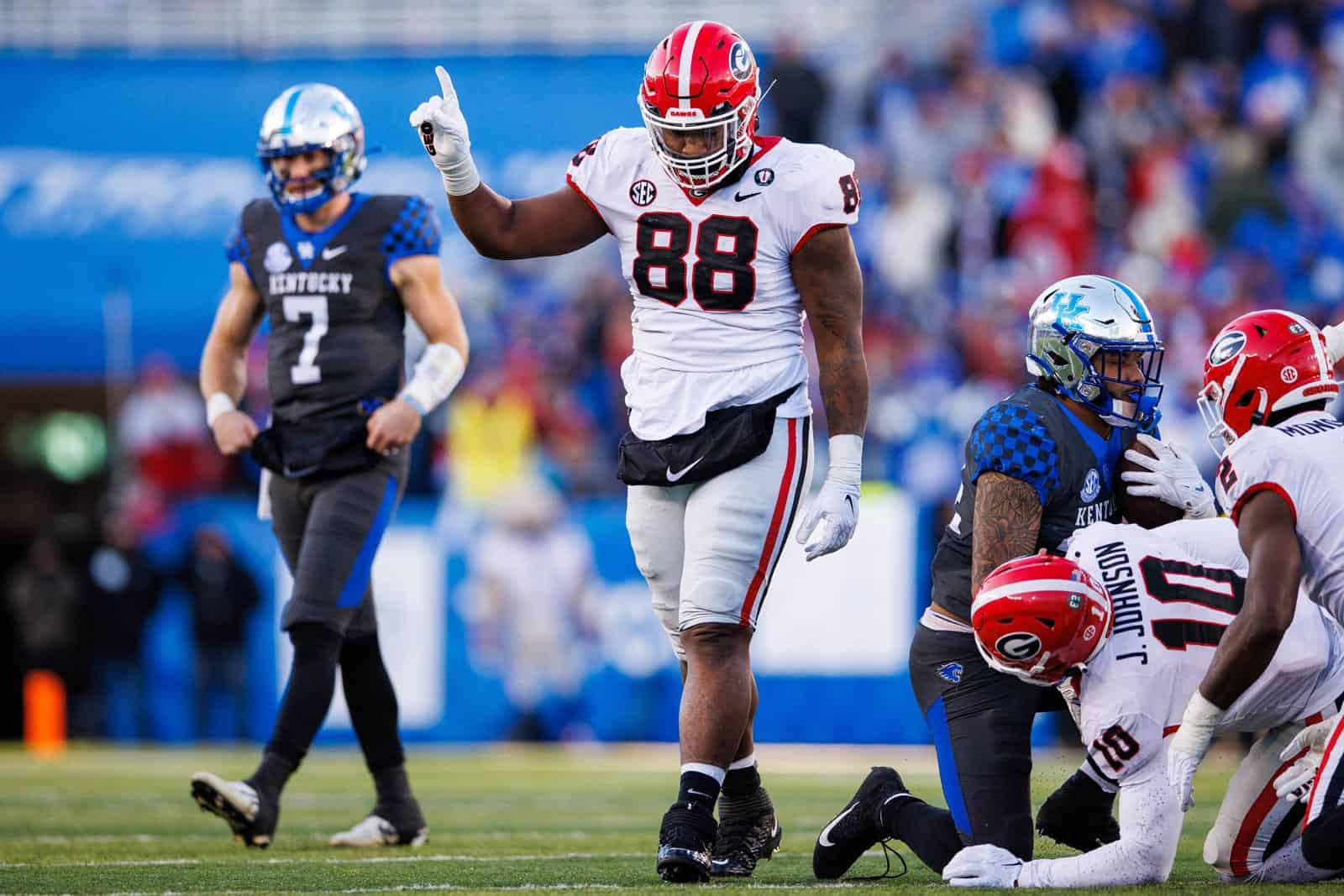 The Georgia Bulldogs have remained in first-place for the third consecutive week in the latest College Football Playoff rankings released Tuesday evening.

Georgia held onto the top spot after defeating the Kentucky Wildcats on the road in Lexington, 16-6. The remainder of the top four also stayed the same with Ohio State second, Michigan third, and TCU fourth.

The Bulldogs have beaten two teams that are currently in the College Football Playoff rankings. Georgia topped No. 10 Tennessee in Athens, 27-13, and crushed No. 9 Oregon, 49-3, in their season-opener in Atlanta.

The Bulldogs are also ranked number one in the latest AP Poll and USA TODAY Sports AFCA Coaches Poll.

On Sunday, Dec. 4 at Noon ET, the College Football Playoff Selection Committee will announce the Playoff Semifinal pairings and semifinal bowl assignments. Those will be followed by the pairings for the remainder of the New Year’s Six bowl games as well as their final Top 25 rankings.