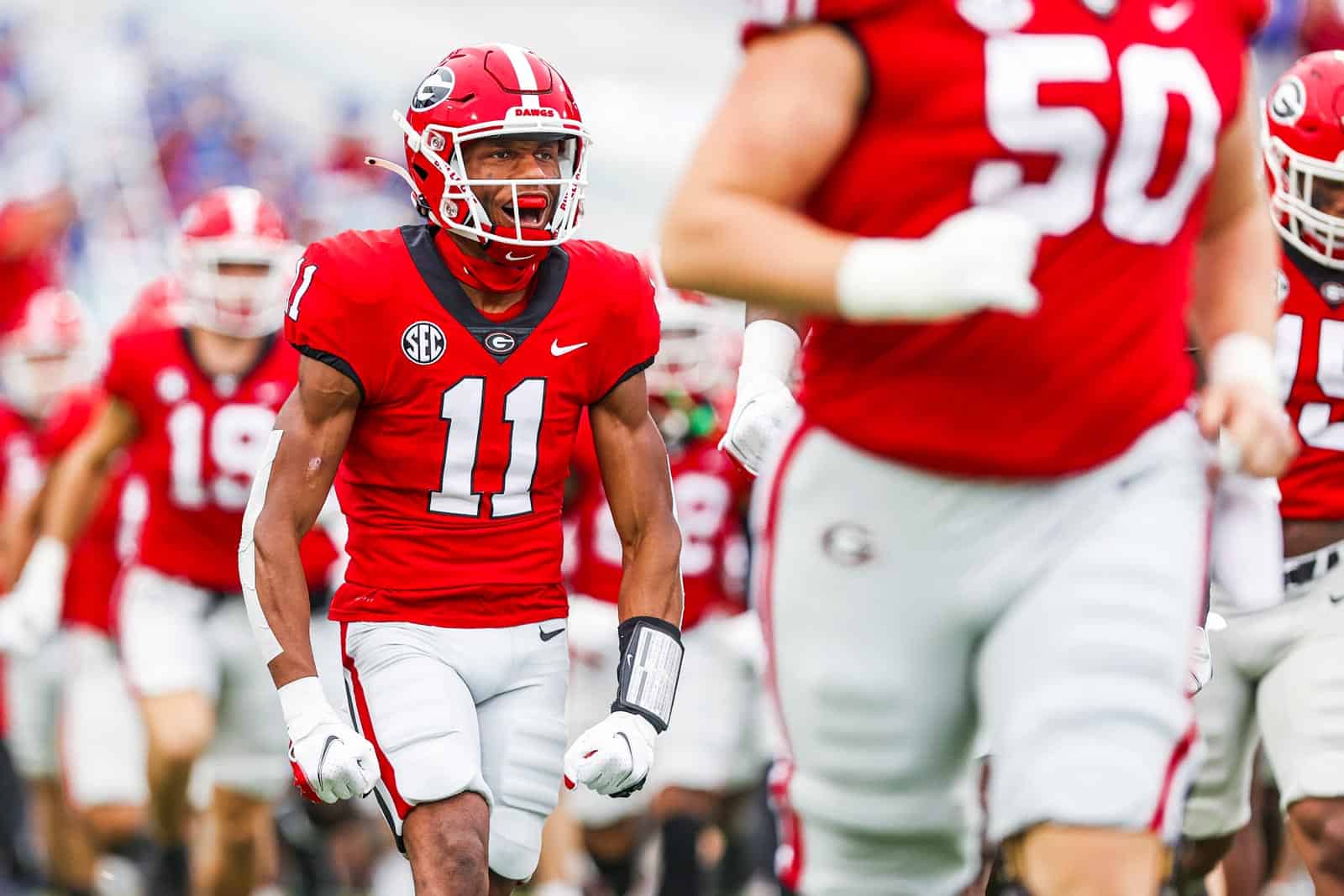 UGA football senior safety Chris Smith has been named a finalist for the 2022 Bronko Nagurski Trophy, the Football Writers Association of America (FWAA) announced on Wednesday.

The Bronko Nagurski trophy is an annual award given to the top defensive player in college football as voted by the FWAA. Chris Smith is one of four finalists for the award this season.

Below are the four finalists with info from the FWAA:

Chris Smith, FS, Georgia (5-11, 195, Sr., Atlanta, Ga.): Known as a big-game player, Smith is fourth on the team with 37 tackles, 26 solos, and has 4.0 tackles for loss and a sack. His two interceptions include 29 yards in returns, including a 22-yarder that set up a score in Georgia’s season-opening win over Oregon. His career single-game high of seven tackles came in the win over arch-rival Florida. With Smith as its anchor in the secondary, Georgia’s defense is second nationally, giving up just 11.6 points per game. and is one of the most stout on third downs, giving up first downs only 27 percent of the time, third nationally.

Will Anderson Jr., LB, Alabama (6-4, 243, Jr., Hampton, Ga.): The 2021 Bronko Nagurski Trophy winner will have a chance to match Pat Fitzgerald of Northwestern (1995-96) as the Trophy’s only repeat winner. The junior linebacker has had another standout season for the Crimson Tide. He leads Alabama in tackles for loss (14.0, t-11th in FBS) and sacks (8.0, t-12th) with combined losses totaling 103 yards. Anderson led the nation in both categories last year at 17.5 sacks and 34.5 TFL’s (an NCAA record since 2000). He is currently in the top three of Alabama’s career lists in both categories. He has recorded at least one tackle for loss in 28 of his 38 career games. Anderson is tied for seventh on the team with 42 overall tackles (18 solos), has an interception with a 25-yard return for a touchdown, and owns 10 quarterback hurries.

In addition to Anderson in 2021, Alabama’s other Bronko Nagurski Trophy winner was defensive end Jonathan Allen in 2016. The Crimson Tide has now had finalists in 11 of the last 12 seasons.

Pitt already boasts a defensive tackle as a former Bronko Nagurski Trophy winner – Aaron Donald won the award in 2013 and is the only Pitt player to reach finalist status. Three of Pitt’s five FWAA All-Americans over the past four seasons – Jaylen Twyman on the 2019 second team, Rashad Weaver on the 2020 first team and now Kancey – have come from its defensive line.

Tuli Tuipulotu, DE, USC (6-4, 290, Jr., Hawthorne, Calif.): Tuipulotu is the nation’s second-leading sack man with 11.5 on the season (1.15 per game). He is also the Pac-12 leader and is fourth nationally with 1.8 tackles for loss per game (17.5 total). Those combine for 167 yards lost to opposing offenses. Tuipulotu’s 11.5 sacks are the most in a single season at USC since Kenechi Udeze set the Trojans’ record with 16.5 in 2003. Tuipulotu – pronounced TOO-ee-poo-LOE-too – is sixth on the team with 32 tackles, 23 of them solo. He has three pass breakups at the line, two quarterback hurries – one of which turned into an intentional grounding penalty for a safety against Colorado – and has forced two fumbles.

Tuipulotu is USC’s second Bronko Nagurski finalist and first in 14 seasons. The other came in 2008 and linebacker Rey Maualuga. As of today’s announcement, Tuipulotu is USC’s first FWAA All-American on defense since 2014 when defensive lineman Leonard Williams made the second team.

The annual Bronko Nagurski Awards Banquet will be held on Monday, Dec. 5 at the Charlotte Convention Center in Charlotte, N.C.