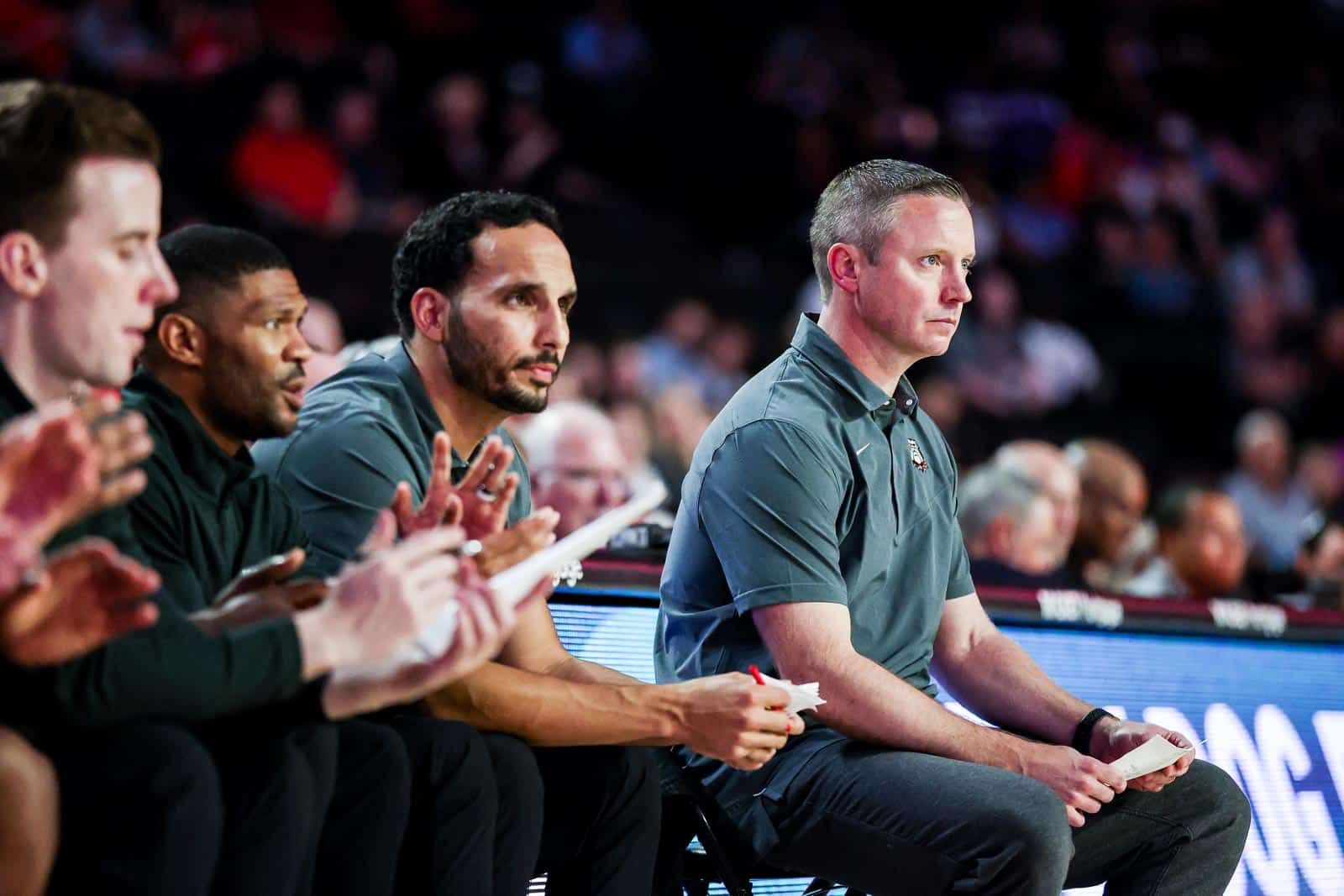 ATHENS, Ga. — Georgia Basketball opened the NCAA’s early signing period with a bang, inking two players ranked among the nation’s top-100 prospects to scholarship papers to play for the Bulldogs. Lamariyon “Mari” Jordan and Dylan James are currently ranked No. 72 and No. 94 nationally by ESPN.com, respectively.

“It’s an exciting day for us to be able to sign two players that we targeted and invested a lot of time and energy in,” head coach Mike White said. “Both of these guys are excited to be Bulldogs. Mari grew up right down the road from Athens and has always admired this university. He is a high-energy player who possesses much versatility and has a very good positional size. Dylan has tremendous length for a guy who shoots the ball the way that he does. He also has the ability to post. Like Mari, he has a chance to be a very good defender as well.”

James, a 6-9, 190-pound power forward helped lead Winter Haven High School to the semifinals of the 2022 Florida Class 6A state tournament as a junior. He was selected as the Lakeland Ledger’s Player of the Year after averaging 15.2 points, 8.5 rebounds, 3.4 blocks, 2.0 assists and 1.3 steals per game last season for the Blue Devils, who finished 23-8 overall. James helped Winter Haven compile a 23-9 record as a freshman before playing at The Rock School during his sophomore year.

James’ and his Winter Haven teammates will begin the 2022-23 season ranked No. 67 nationally by MaxPreps.

Jordan, a 6-6, 185-pound small forward was tabbed first-team All-State for Class 6A by the Atlanta Journal-Constitution as a junior after averaging 19.7 points, 5.9 rebounds, 1.9 assists, 1.4 blocks and 1.2 steals per game for Dacula High School. Over three seasons, Jordan has compiled 1,257 points, 434 rebounds, 128 blocks, 109 assists and 104 steals for the Falcons. He was voted the Region 8-6A Player of the Year and named second-team All-Gwinnett County by the Gwinnett Daily Post as a junior.

Jordan will spend his senior season playing at Norcross High School, where he has already been tabbed second-team preseason All-State by the Georgia High School Coaches Association (GHSA).

Georgia began its first season under White on Monday night with a 68-55 victory over Western Carolina. White moved within six wins of his 250th career victory. Prior to arriving at Georgia, he averaged more than 22 “Ws” per season in 11 campaigns at Louisiana Tech and Florida. White has led all but one of those teams – his first – to a postseason bid when postseason play was held.

The Bulldogs will face Wake Forest this Friday in Winston-Salem, N.C. That contest will tip at 8:30 p.m. ET and will be televised on the ACC Network. Georgia will return to Stegeman Coliseum for a pair of home games next week. Georgia will take on Miami (Ohio) on Monday and entertain Bucknell on Friday. Both games will tip off at 7:00 p.m. ET. Tickets for Georgia’s remaining 16 home games are available at GeorgiaDogs.com.