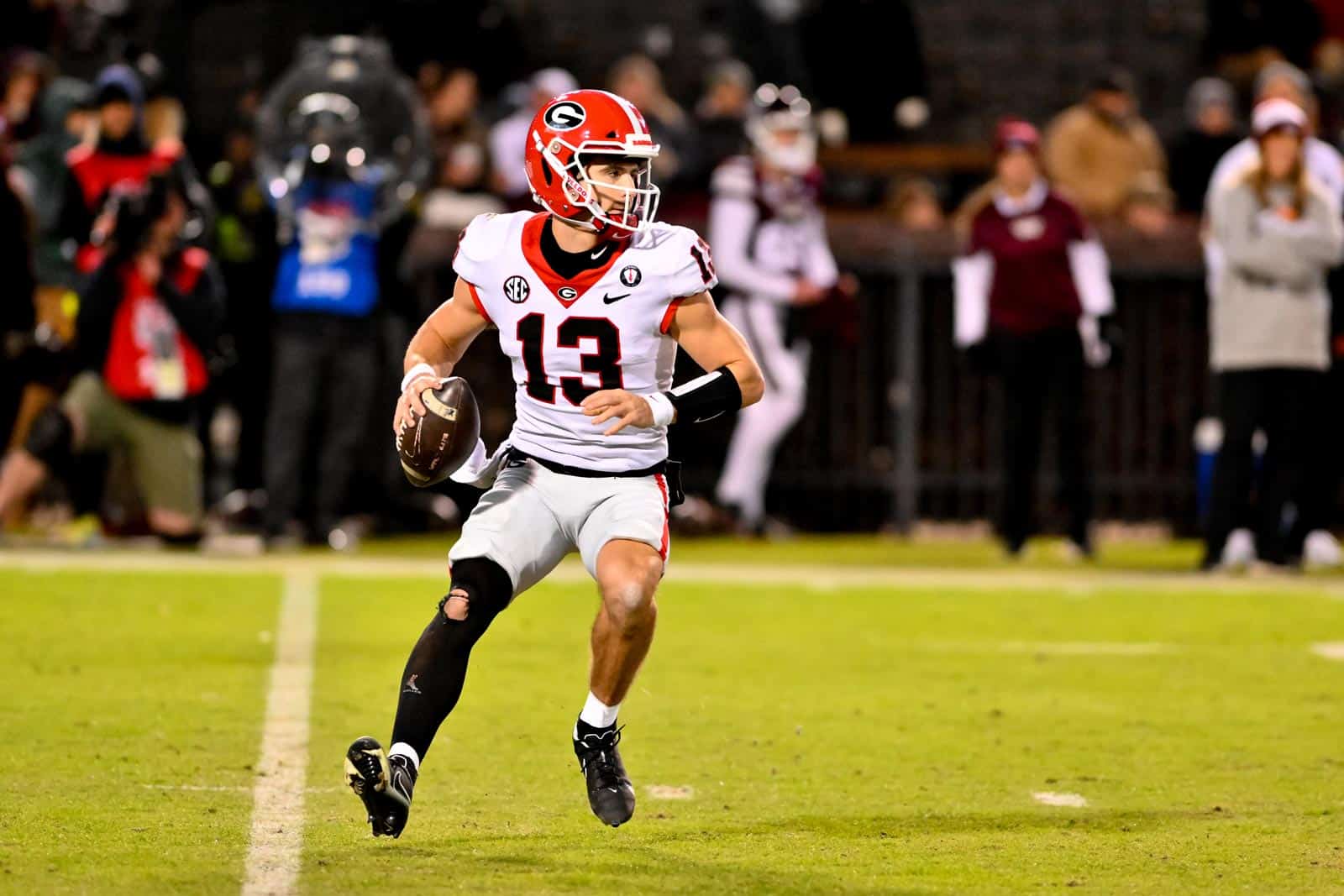 ATHENS, Ga. – Georgia senior quarterback Stetson Bennett has been named a Davey O’Brien Award semifinalist while the offensive line who protects him has been included as a Joe Moore Award semifinalist, according to separate announcements Tuesday.

The next step in the process will be to select the award’s three finalists based on voting from the Davey O’Brien National Selection Committee as well as the second round of the Fan Vote, which will take place on the award’s social media accounts.

To participate in the Davey O’Brien Fan Vote, fans must like the original Davey O’Brien Award post highlighting the quarterback. The three finalists will be tabbed on Nov. 29. The winner will be announced live on Dec. 8 on The Home Depot College Football Awards on ESPN.

The Bulldog offensive line is one of nine units picked to be semifinalists for the Joe Moore Award, which recognizes college football’s most outstanding offensive line units. Georgia joins Ole Miss and Tennessee from the league on the list.

The Joe Moore Award finalists will be named on Dec. 6th. The eventual winner will be recognized in the ensuing weeks during a surprise, on campus visit to the winning unit’s school.