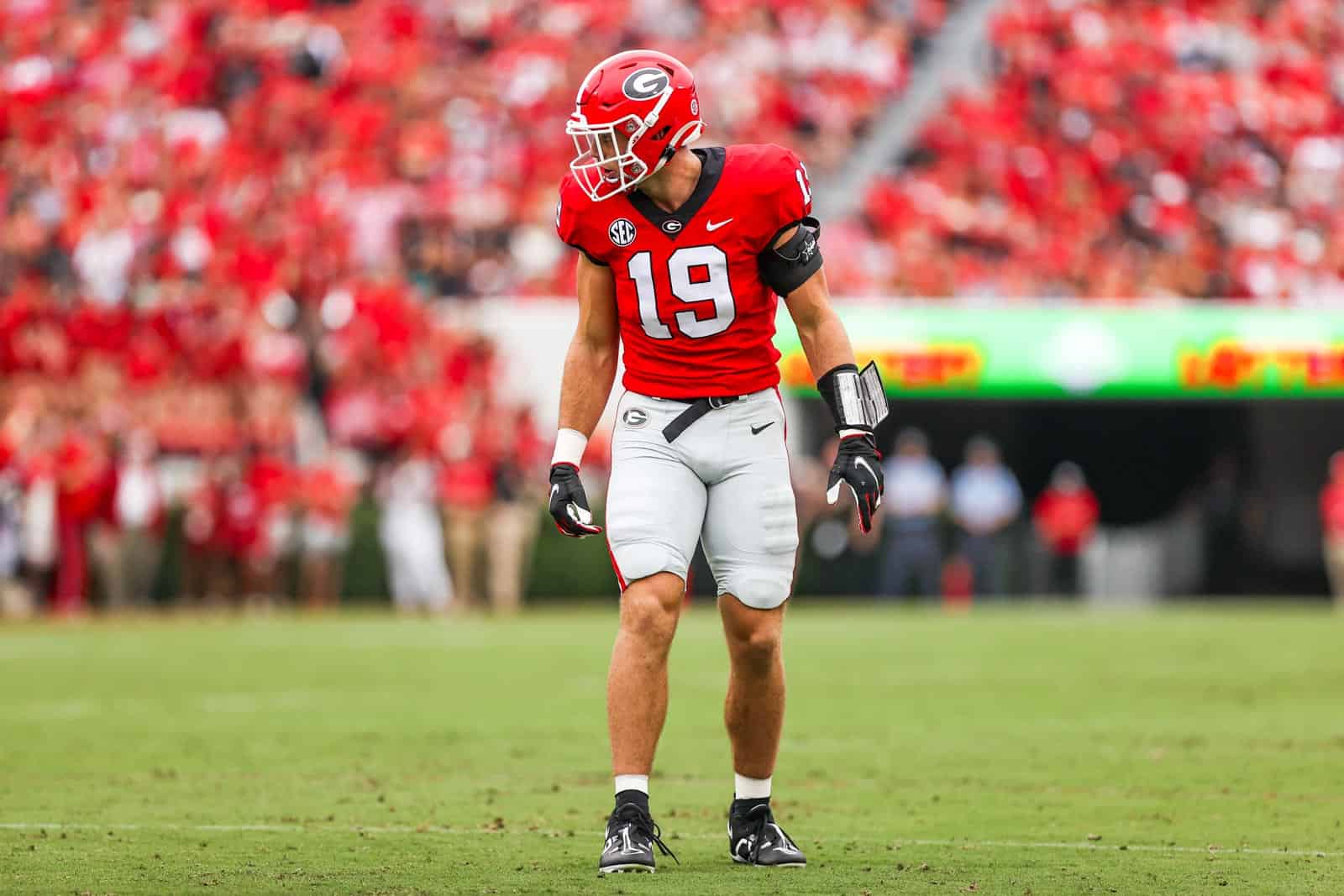 UGA football sophomore tight end Brock Bowers has been named a semifinalist for the 2022 Biletnikoff Award, according to an announcement from the Tallahassee Quarterback Club Foundation.

Bowers is one of 12 players named as a semifinalist for the award, which recognizes the season’s outstanding receiver in college football. Any player, regardless of position (wide receiver, tight end, slot back, and running back) who catches a pass is eligible for the award.

Below is a list of all 12 semifinalists for the 2022 Biletnikoff Award:

In his sophomore season in Athens, Brock Bowers has started in all 11 games so far and caught 41 passes for 625 yards and four touchdowns. Bowers has also rushed four times for 89 yards and three touchdowns.