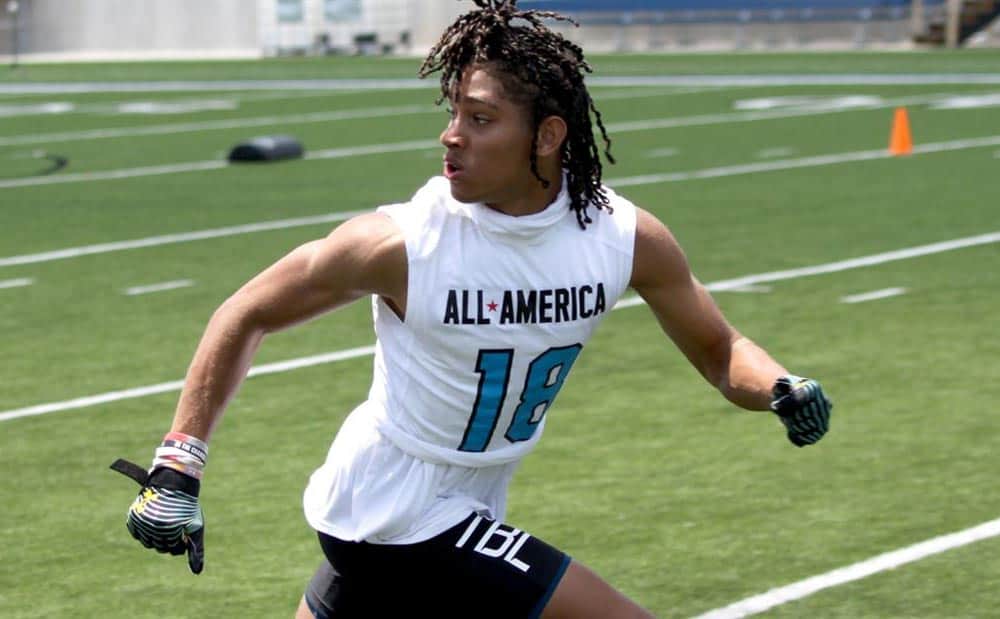 Anthony Evans, a four-star wide receiver from Converse, Texas, has committed to UGA football for the class of 2023.

Evans committed to Kirby Smart and the national champion Georgia Bulldogs on Saturday. He was previously committed to the Oklahoma Sooners, but flipped his commitment to the Bulldogs.

The 6’0 175 WR had been committed to the Sooners since August. One of the fastest players in the nation

He joins Georgia’s No. 2 Class in the 2023 Team Rankings https://t.co/6wGwxwDJ50 pic.twitter.com/RHsW9n5Wwa

Smart responded with his usual “Go Dawgs” tweet after Evans flipped to UGA.

In the 247Sports Composite, Anthony Evans is rated as a four-star recruit, the No. 26 wide receiver, and the No. 92 overall recruit in the country for 2023.

Rivals.com also rates Anthony Evans as a four-star recruit, the No. 28 wide receiver, and the No. 176 overall recruit in the country.

With the addition of Anthony, the Georgia Bulldogs now have 21 commitments for the class of 2023. UGA’s class is currently ranked second in the 247Sports Team Rankings, just behind Alabama.