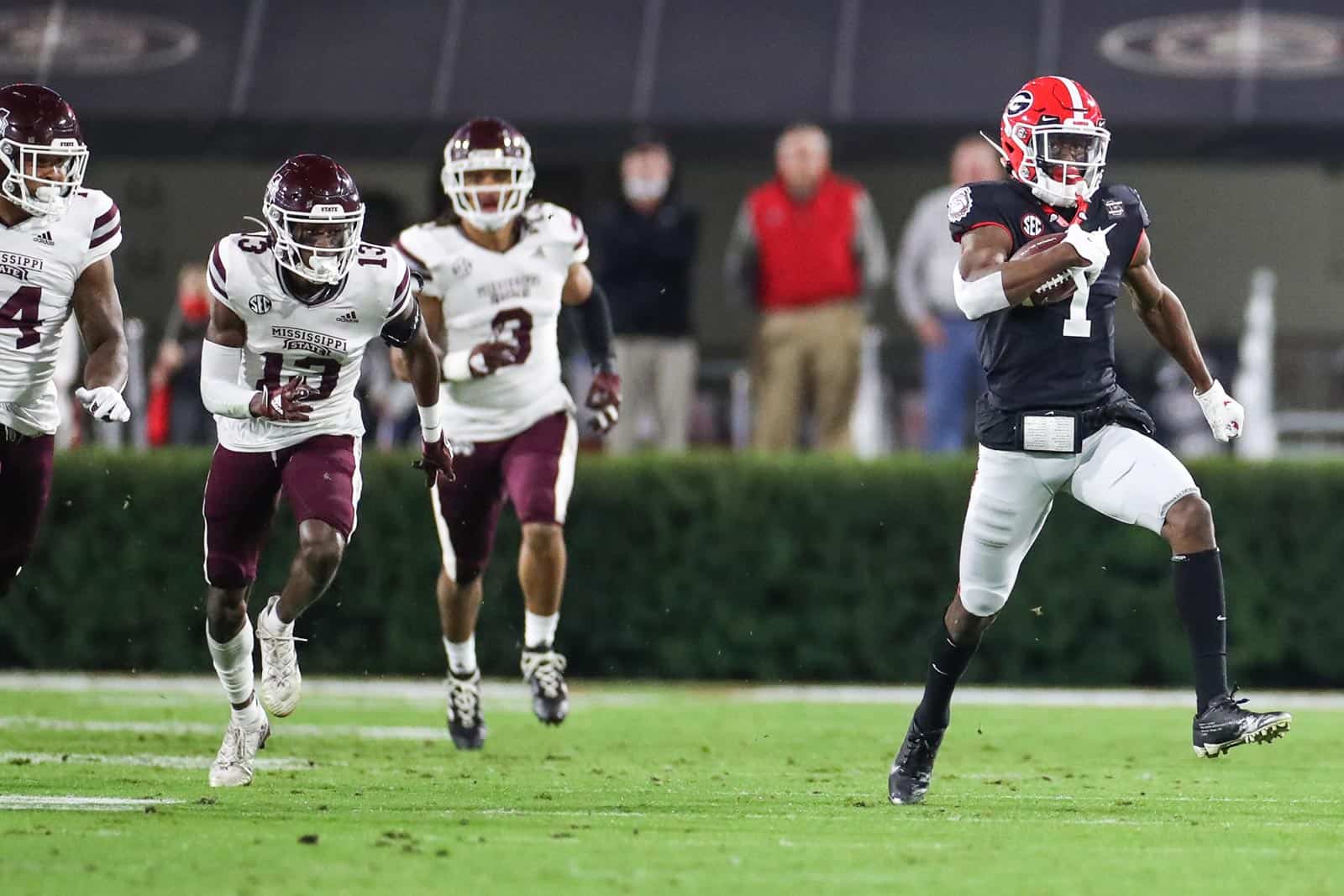 The UGA football game on the road against the Mississippi State Bulldogs on Saturday, November 12 will be televised by ESPN at 7:00pm ET, the SEC has announced.

Georgia-Mississippi State tickets are available from our partner StubHub. The get-in price is currently around $55 plus fees.

Georgia and Mississippi State last met during the 2020 season at Dooley Field at Sanford Stadium in Athens, Ga., with the Bulldogs of Georgia coming out on top 31-24. Georgia has defeated Mississippi State in three consecutive meetings and UGA currently leads the overall series 19-6.

Georgia and Mississippi State first met on the gridiron in 1914, which was the only matchup between the two schools that was not an SEC contest.

This will be Georgia’s second appearance on ESPN this season following their contest against South Carolina. The Bulldogs have also appeared on ABC (Oregon), CBS (Auburn and Florida), the SEC Network (Samford, Missouri, and Vanderbilt), and ESPN+ (Kent State) during the 2022 campaign. Georgia’s next contest against Tennessee will also air on CBS.