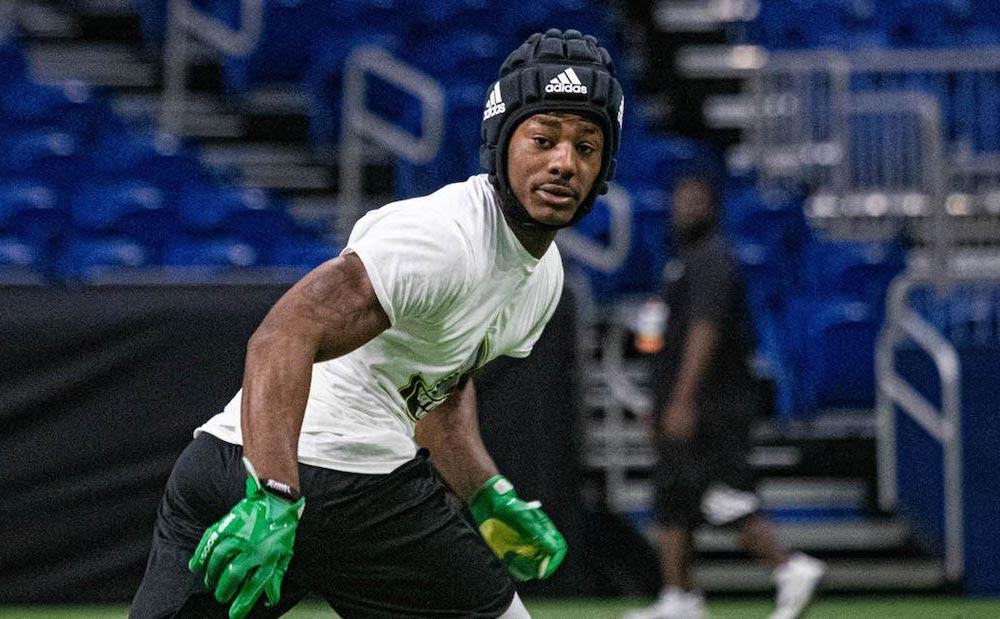 Sacovie White, a four-star wide receiver from Cartersville, Ga., has committed to UGA football for the class of 2024.

White committed to Kirby Smart and the national champion Georgia Bulldogs on Monday, according to a report by UGASports.com.

“I committed to coach (Kirby) Smart,” White said. “We had one-on-one time; he was pumped and very excited.”

Sacovie White (6-1, 178) currently plays for Cass High School. He committed to UGA over offers from Florida A&M, Maryland, and Troy. He was also receiving interest from Clemson, Duke, Notre Dame, UCF, Virginia Tech, and others.

With the addition of White, the Georgia Bulldogs now have four commitments for the class of 2024. Prior to White’s commitment, UGA’s 2024 class was ranked sixth in the 247Sports Team Rankings.