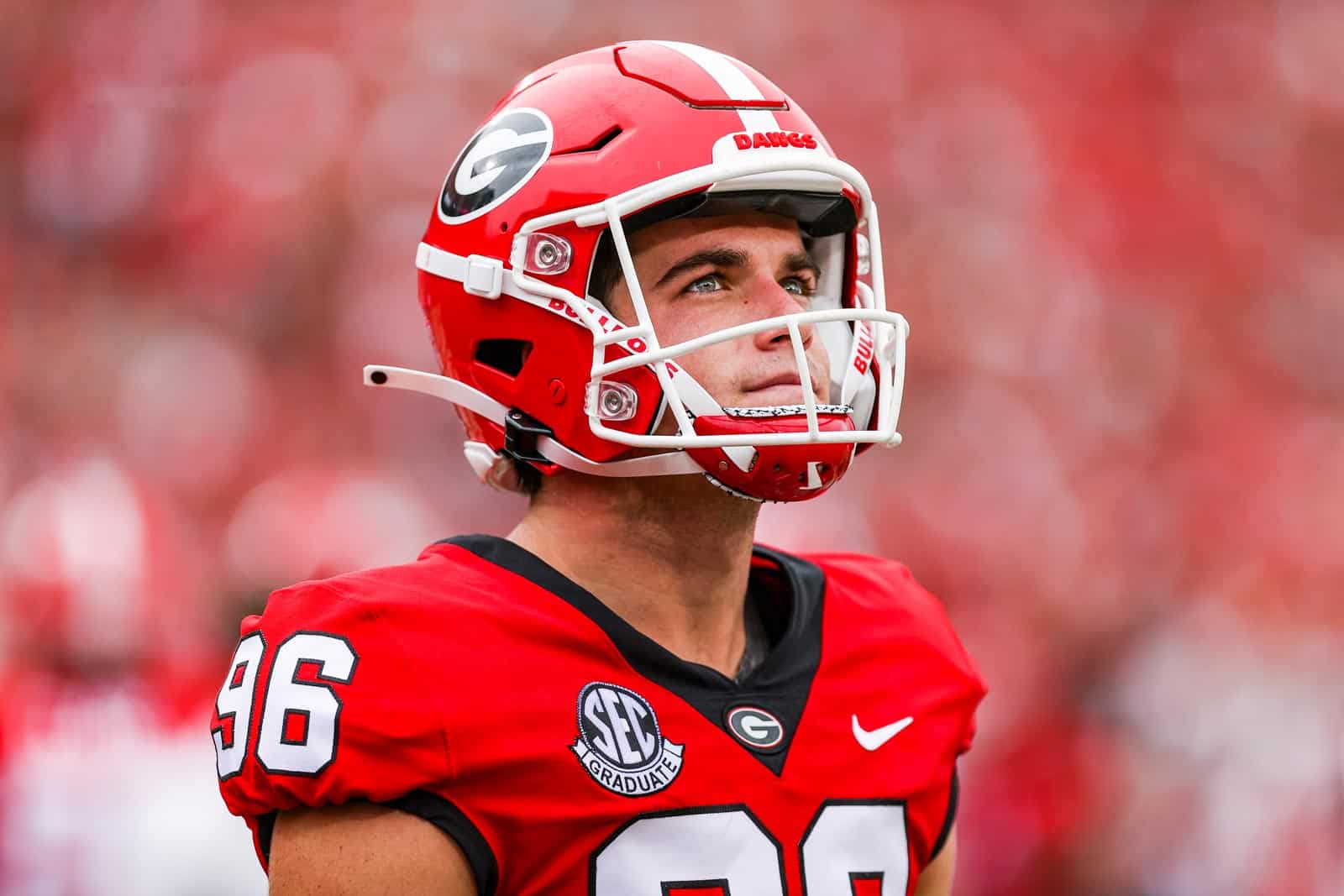 UGA football senior kicker Jack Podlesny has been named the Co-SEC Special Teams Player of the Week for Week 5 of the 2022 season, the SEC announced on Monday.

Jack Podlesny was named SEC Special Teams Player of the Week after connecting on all four of his field goals and both point after attempts (PATs) during Georgia’s 26-22 road win against the Missouri Tigers.

Podlesny currently leads the SEC in scoring with 11.6 points per game and ranks fourth nationally among placekickers.

This is the second SEC weekly honor for Jack Podlesny this season. Podlesny, who hails from St. Simons Island, Ga., was a semifinalist for the Lou Groza Award in 2020.

The second-ranked Georgia Bulldogs (5-0) are next scheduled to host the Auburn Tigers on Saturday, Oct. 8 at Dooley Field at Sanford Stadium in Athens, Ga. The game will be televised by CBS at 3:30pm ET (Buy Tickets).