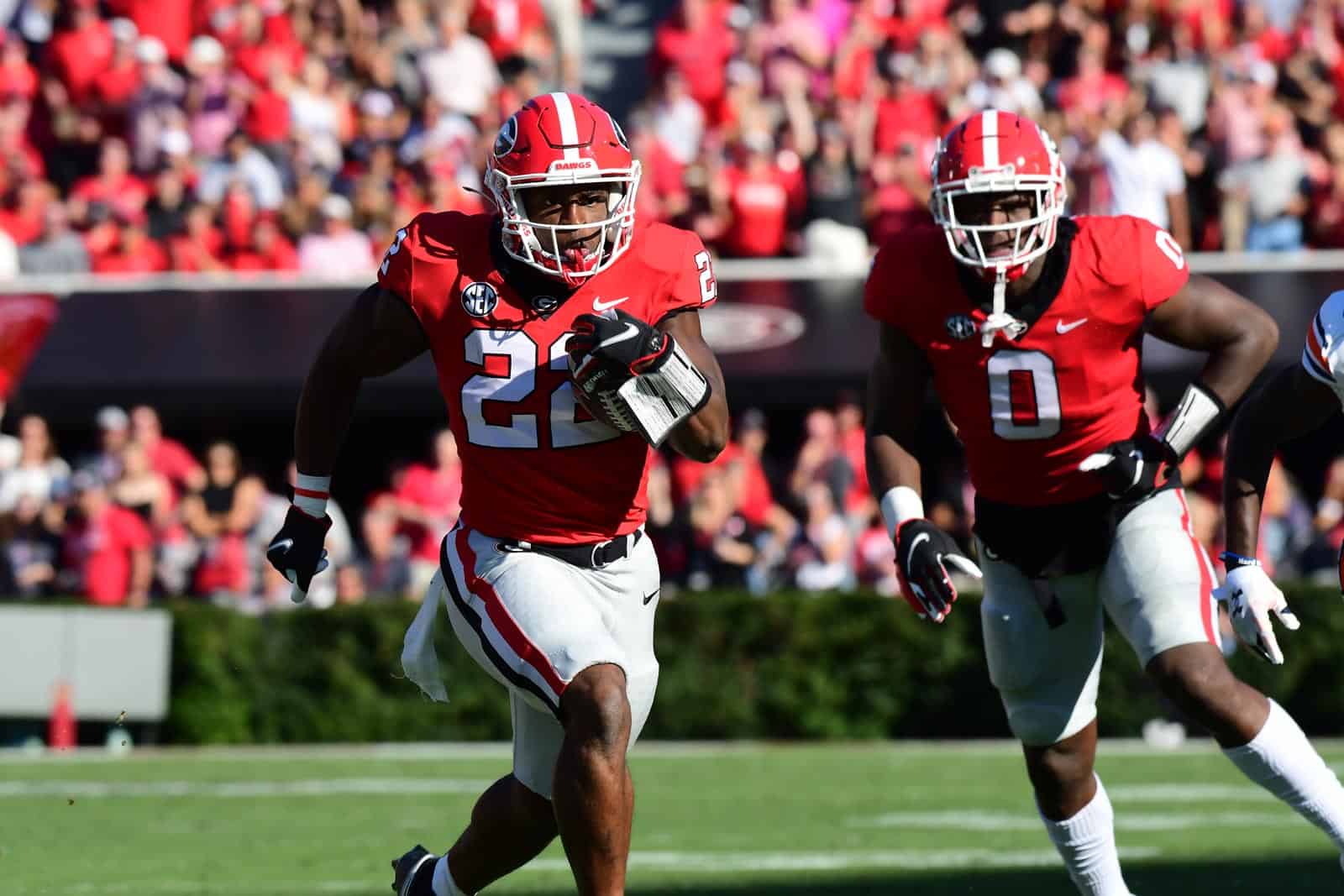 UGA football freshman running back Branson Robinson has been named the SEC Freshman of the Week, the SEC announced on Monday.

Robinson, a native of Canton, Miss., earned the weekly SEC honor following his performance on Saturday in Georgia’s 42-10 win over the Auburn Tigers. Robinson had a career high 12 carries for 98 yards, including a career long 30 yard rush, and scored his first touchdown.

Overall, the Bulldogs amassed 292 rushing yards and 208 passing yards in the victory.

The Bulldogs’ next game is at home against the Vanderbilt Commodores on Saturday, Oct. 15 at Dooley Field at Sanford Stadium in Athens, Ga. (Buy Tickets). The game will be televised by the SEC Network at 3:30pm ET.