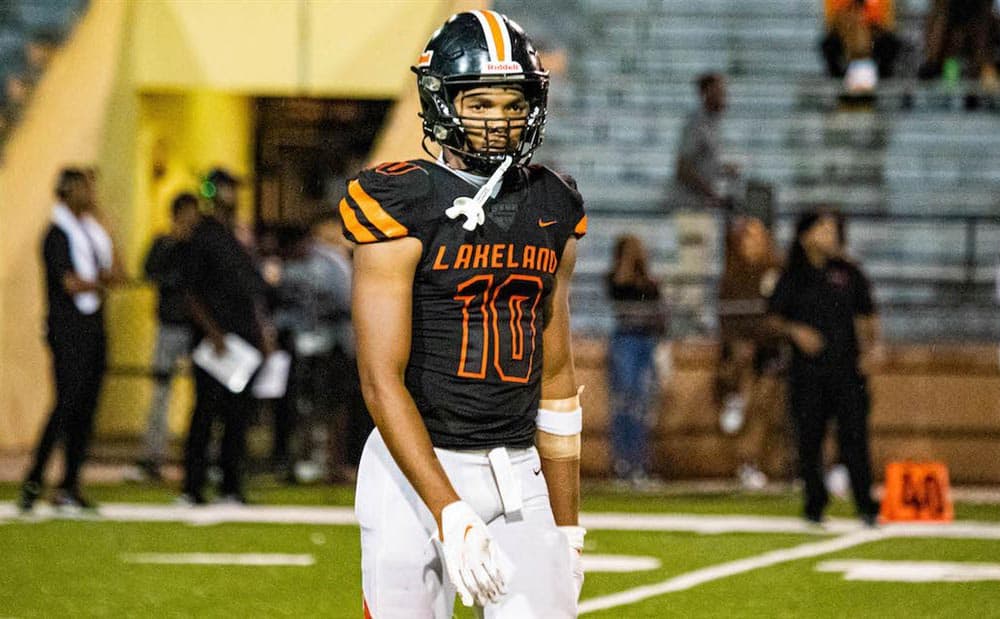 Tyler Williams, a four-star wide receiver from Lakeland, Fla., has committed to UGA football for the class of 2023.

Williams committed to Kirby Smart and the national champion Georgia Bulldogs on Tuesday at his high school. Smart responded with his usual “Go Dawgs” tweet shortly after the commitment.

In the 247Sports Composite, Tyler Williams is rated as a four-star recruit, the No. 20 wide receiver, and the No. 182 overall recruit in the country for 2023.

Rivals.com also rates Tyler Williams as a four-star recruit, the No. 31 wide receiver, and the No. 207 overall recruit in the country.

With the addition of Williams, the Georgia Bulldogs now have 20 commitments for the class of 2023. UGA’s class is currently ranked second in the 247Sports Team Rankings.

Alabama’s 2023 commitment group of 23 is currently ranked first in the country. Texas, Ohio State, Notre Dame, Oklahoma, LSU, Clemson, Tennessee, and Miami round out the top 10.