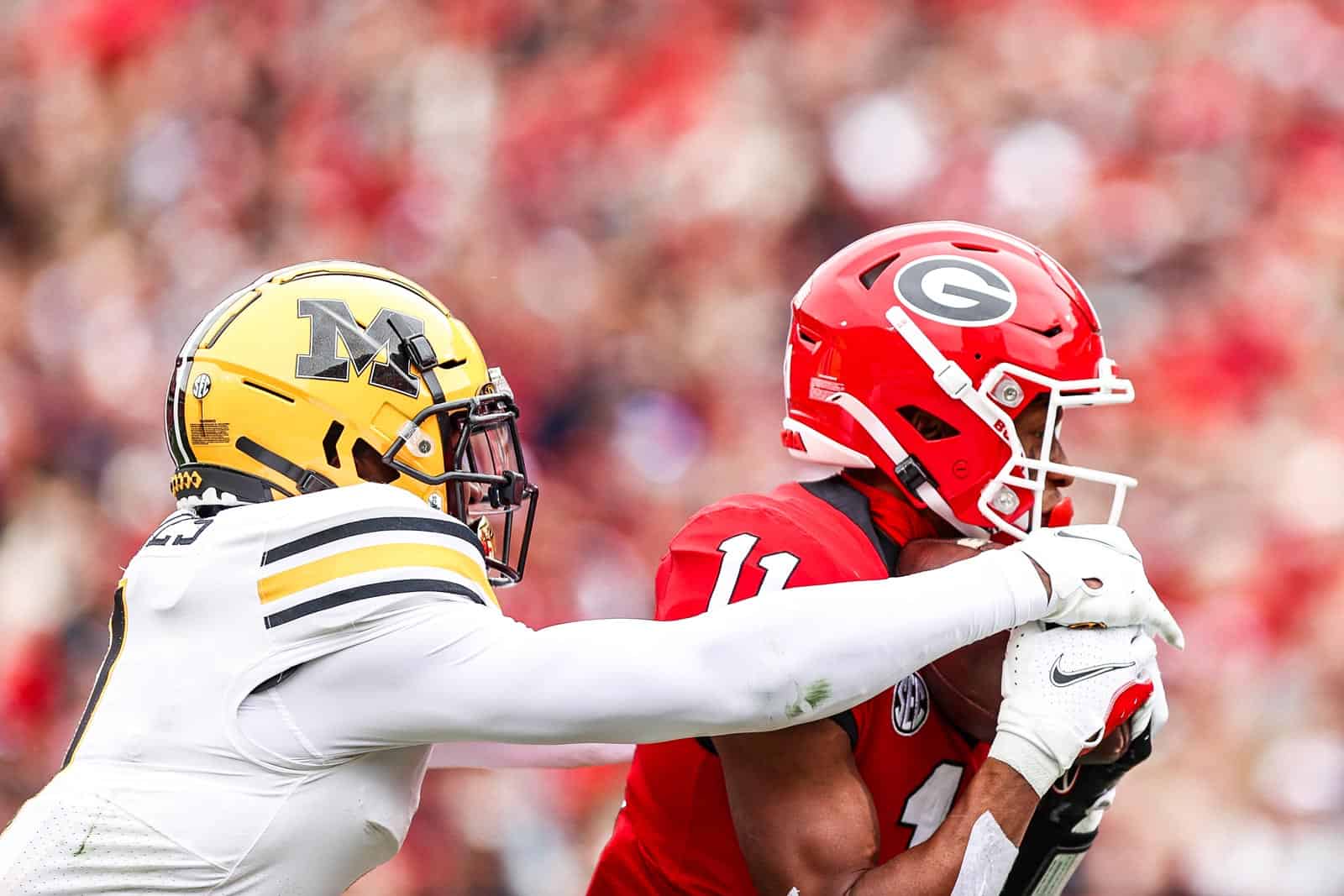 The UGA football game on the road against the Missouri Tigers on Saturday, October 1, 2022 will be televised by the SEC Network at 7:30pm ET, the SEC has announced.

Georgia-Missouri tickets are available from our partner StubHub. The get-in price is currently around $50 plus fees.

The Bulldogs and Tigers last met during the 2021 season at Dooley Field at Sanford Stadium in Athens, Ga., with the Bulldogs coming out on top 43-6. Georgia has defeated Missouri in eight consecutive meetings and the Bulldogs currently lead the overall series 10-1-0.

Georgia and Missouri first met on the gridiron in the 1960 Orange Bowl and have played every season from 2012 through 2021.

This will be Georgia’s second appearance on the SEC Network this season. The Bulldogs have appeared on ABC and ESPN one time each so far during the 2022 campaign.

Georgia’s next scheduled contest is at home on Saturday, Sept. 24 against the Kent State Golden Flashes (Buy Tickets). The broadcast will be a streaming-only event on SECN+ and ESPN+ with kickoff set for noon ET.

The annual Georgia-Florida game on Saturday, Oct. 29 in Jacksonville, Fla., has also been set for its usual kickoff time of 3:30pm ET and it will be nationally televised by CBS (Buy Tickets).